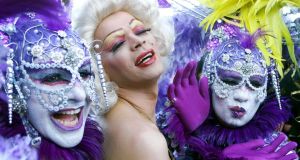 The council overseeing Brazil’s judiciary has ruled that notary publics cannot refuse to perform same-sex marriage ceremonies, a decision that opens the way for gay couples across Latin America’s largest country to marry.

There is some room for judicial appeals of the Brazilian decision, potentially within the high court, the Supreme Federal Tribunal, and resistance may emerge in Congress, where gay-marriage legislation has faced opposition from an influential bloc of evangelical Christian lawmakers. Even so, supporters of same-sex marriage described the council’s decision as pioneering.

“This resolution will end the resistance of some courts, judges and notary publics,” said Maria Berenice Dias, the vice president of the Brazilian Institute of Family Law, a non-profit organization that has sought for years to extend marriage benefits to gay couples.

The National Council of Justice, which includes prominent judges, prosecutors and lawyers, voted 14-1 in favor of the measure. Under the council’s decision, notary publics will also be required to convert same-sex civil unions into marriages, if couples wish to do so.

In 2011, the high court ruled by a comfortable margin that same-sex civil unions should be allowed. Yet while such unions provide couples in Brazil with access to benefits like health insurance and the division of assets in cases of separation, the council’s decision provides same-sex couples who marry the same standing as heterosexuals, allowing them, for instance, to take each other’s surnames and adopt children more easily.

In certain ways, the decision broadens what has already unfolded in parts of Brazil, where legislatures in more than 10 states have legalised same-sex marriage. Even with such laws, however, many notary publics - who not only certify but also carry out marriage ceremonies in Brazil - have refused to comply for gay couples, a resistance that has been backed by some of the regional judges who oversee them.

“The Supreme Federal Tribunal had already shown that it was supporting minority rights by supporting gay unions,” said Thiago Bottino, a law professor at Fundacao Getulio Vargas, a top university. “The council’s decision is logical, since it would not make sense to deprive people of their rights because some notary publics and judges saw things differently.”

Brazil’s courts generally defer to the decisions of the National Council of Justice, which was created in 2004 and has functioned largely as a disciplinary body for the judiciary. Congress could be another matter, however, as tensions simmer between Brazil’s legislative and judicial branches over the high court’s conviction of legislators involved in a vast vote-buying scandal.

Moreover, legislators who oppose same-sex marriage have recently grown more vocal in Congress. Marco Feliciano, a conservative evangelical preacher who now leads the lower house’s commission for human rights and minorities, has drawn criticism for comments that gay-rights activists call homophobic, but he has resisted pressure to step down from the post.