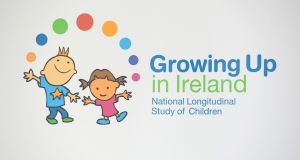 The Growing Up in Ireland study examines the lives of children who were three years old in the middle of the recession from the late 2000s. File photograph: Frank Miller/The Irish Times

Two out of three families saw their income fall during the recession, one in seven went into arrears on utility bills, and one in 10 fell behind on their rent or mortgage, according to a new report.

The Growing Up in Ireland (GUI) study, published on Thursday by the Economic and Social Research Institute (ESRI), examines the lives of children who were three years old in the middle of the Great Recession, the economic decline from the late 2000s.

It is based on interviews with nearly 9,800 families and their children when the children were nine months old in 2008, and when they were three years old in 2011.

The report found 61 per cent of families experienced difficulty in making ends meet in 2011, up from 44 per cent in 2008.

The experience of economic strain was more common among one-parent families, in families of mothers with lower levels of education, in families where one of the parents was made redundant, and where working hours or social welfare were reduced.

Being made redundant or having working hours or social welfare reduced were not directly associated with depressive symptoms, the authors said.

Dr Elizabeth Nixon, the lead author, said the findings suggested economic hardship had “important negative effects on the mental health of parents and the quality of the relationship between parents”.

“These effects may spill over to affect how parents interact with their young children. Interventions to support the wellbeing of parents are likely to be particularly important when they are facing economic stress. As well as dealing with the underlying problem, eg the loss of employment or drop in income, the research indicates that supports for parents’ mental health are also likely to facilitate positive parenting,” Dr Nixon said.

A second Growing Up in Ireland report says the percentage of five-year-olds who are overweight continues to be of concern.

One in five children in 2013 was unhealthily heavy for their height (15 per cent overweight and 5 per cent obese).

Children whose parents were also overweight were at greater risk.