Teachers who reject pay deal ‘will not receive salary increases’ 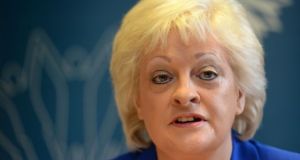 Teachers and other public service groups who reject the new public pay agreement will not receive salary increases set out in the accord, Minister for Public Expenditure Paschal Donohoe has signalled.

He said the benefits of the new deal would only be made available to those who were inside the agreement.

He said he would make recommendations to the Cabinet in relation to the Government’s stance on unions who reject the deal once all unions had completed balloting on the new accord.

Groups who were deemed to have “repudiated” the previous public service deal had financial penalties such as forfeiture of increments imposed by the government.

Mr Donohoe said Government representatives would be meeting with teaching unions in the weeks ahead on processes in the agreement for dealing with issues of concern to the unions.

Two large teaching unions have already rejected the agreement and another is urging members to oppose it in a forthcoming ballot, primarily as they contend that it does not deal sufficiently with the issue of staff recruited after 2011 receiving lower pay than those in place before that date.

The new pay deal for about 300,000 State employees was formally ratified by the public services committee of the Irish Congress of Trade Unions (Ictu) on Monday - a move which was strongly welcomed by the Government.

Taoiseach Leo Varadkar said the deal would give certainty in relation to public service payroll costs for the coming three years.

He said the accord also honoured the Government’s commitment to restore public service pay, which was cut twice or in some cases three times after the economic crash, when the economy improved.

Mr Varadkar said that, under the deal, 90 per cent of public service staff would see pay restoration.

Mr Donohoe said the deal, which will cost €887 million over three years, provided a path of wage growth that was affordable.

The deal was backed by the vast bulk of trade unions affiliated to Ictu in ballots of their members.

However, the primary teachers’ union, INTO, and the Teachers’ Union of Ireland (TUI) voted against the accord.

Members of the Unite union also voted against the deal, but said it would be bound by the majority decision of the public services committee of Ictu to accept the deal.

The second-level teachers’ union ASTI has urged members to reject the deal in a ballot to be held next month.

TUI president Joanne Irwin said on Monday: “We note the overall position of the public service committee [of Ictu], but it is our longstanding policy that we will make our own sovereign decision on matters affecting terms and conditions of employment and not be bound by an aggregate vote of unions. It is for the TUI itself to determine whether or not its members will be covered by the agreement.”

The INTO executive is expected to consider issues surrounding the pay deal at a meeting later this week.

Both the INTO and the TUI called for an immediate engagement with the Government on the issue of pay equality.

“It fails to address pay inequality,” she said.

She said every option would be explored by the INTO executive at its meeting this week.

She called for the immediate commencement of an effort to resolve the pay equality issue within a defined timeframe.

She said there was strong support for the resolution of this issue among all unions at Monday’s Ictu meeting.

Ms Irwin said an “immediate engagement with Government on the issue of pay equality . . . is urgently required”.