Shame over abuse scandals a ‘fundamental stress’ for priests

‘We are in a new place, smaller, more humble,’ says Clogher diocesan secretary 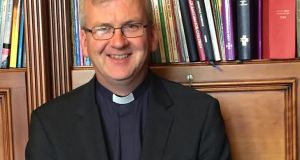 “When you are the only priest in town, everyone demands your attention,” says Canon Shane McCaughey. “It can mean you go from one emotional extreme to another in a short space of time.”

A Diocesan secretary in Clogher and newly-appointed parish priest in Castleblayney, Co Monaghan, he was commenting following the announcement that Masses in the diocese are to be reduced by 15 per cent from next month due to a shortage of priests.

We feel the shame greatly and we will carry it forever

Such demands are just one source of stress where priests are concerned, he says. “A lot of angst comes from the dreadful abuse scandals,” which was “right and proper,” he says.

“We are people with the mark of Cain on our foreheads. We feel the shame greatly and we will carry it forever,” he says. “Much greater than that, each of us knows the damage to people of my parents’ generation who had held the church in such high estimation.”

This was, he notes, “a fundamental stress” for priests. But they were “overjoyed” by the World Meeting of Families “and that Pope Francis walked so humbly among us”.

Many priests in Clogher were now well into their 70s and 80s and while people are not blind to this, priests can be “a bit overpowered” at times, he says.

We are in a new place, smaller, more humble. But people who attend want to be there

The changes were intended “to provide the best opportunities for priests and the community to celebrate together”.

At weekends the five priests celebated five vigil Masses on Saturdays and 11 on Sundays, sometimes assisted by the older colleagues.

Canon McAughey says the changes were short term and would be reviewed in five years’ time. He accepts congregations were smaller. “We are in a new place, smaller, more humble,” he says. “But people who attend want to be there.”

Demand for church weddings remains high, particularly in rural parishes, but more frequently “a prayer service was possibly more suitable than a Mass” he said.

First Communions, First Confessions, Confirmations and church funerals remain “as busy as ever”.