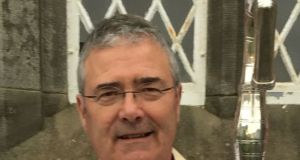 Church of Ireland Primate Archbishop John McDowell (above) and Archbishop of Dublin Michael Jackson said they ‘recognised that very difficult situations and emotions can arise from the management of care towards the end of a life’.

The Church of Ireland Archbishops have called for sensitivity in discussing end of life issues as the Dying with Dignity Bill in the Dáil goes to Committee stage.

Church of Ireland Primate Archbishop John McDowell and Archbishop of Dublin Michael Jackson on Thursday evening affirmed “the sacredness of human life, in its totality from beginning to end, as a gift given by God, and that each and every human life is intrinsically valuable in all its phases”.

They “recognised that very difficult situations and emotions can arise from the management of care towards the end of a life and the discussion of personal circumstances always requires the utmost sensitivity”.

“Such sensitivity should also be borne in mind in the public debate around these issues.”

Earlier on Thursday, Presbyterian Moderator Rev Dr David Bruce, said he was “deeply disappointed and gravely concerned” at Wednesday night’s decision by TDs not to reject the ‘Dying with Dignity Bill’.

The Bill, he said, “raises fundamental questions about the value that is placed on human life in Ireland, something that we firmly believe to be a gift from God”.

“At the same time, we welcome the acknowledgement by the Government, in its failed amendment to the Bill, that there is no human right to access assisted suicide.”

He said the Presbyterian Church hoped it would “have an opportunity to express our significant anxieties about this legislation directly to TDs and Senators as it progresses through the Oireachtas”.

“We look forward to contributing to the national debate from the perspective of a pastor’s care, and affirming that assisted suicide is not an expression of compassion for those already suffering.”