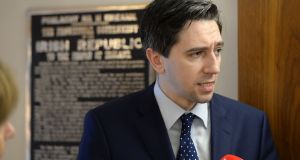 An Independent TD who frequently supports the Government has said the religious congregation that will own the new national maternity hospital has a “moral duty” to provide its share of funds to a redress scheme for institutional abuse victims.

Michael Harty, who is a Clare GP and chairman of the Oireachtas health committee, was referring to the Sisters of Charity, the shareholders of the St Vincent’s Healthcare Group (SVHG).

“The Sisters of Charity have a moral duty to honour their commitment to pay the balance of the €3 million due given the value of their share [IN THE]St Vincent’s site especially given their status as a religious order,” he told The Irish Times.

The religious congregation is to be the owner of the new €300 million State-funded national maternity hospital, which is to be built on a site at Elm Park in south Dublin.

Dr Harty has previously said he does not intend to vote against the Government in key votes, such as Budgets or confidence motions.

Minister for Health Simon Harris has insisted his “golden share” in the new hospital means the public interest will be protected and the facility will operate independently.

He added: “Independence of the maternity hospital will be copperfastened by reserved powers and golden share held by Minister for Health of day.”

When challenged by a Twitter user, he said the public interest would be “entirely” protected.

Independence of the maternity hospital will be copperfastened by reserved powers and golden share held by Minister for Health of day. 2/2

Fianna Fáil’s spokesperson for health Billy Kelleher said it was “simply unacceptable” that the Sisters of Charity still owed €3 million to the redress scheme.

“The Religious Orders have a legal and ethical and moral obligation to comply with the deal of 2002. I’m very concerned that there’s money outstanding and they should be pursued to insure that they do comply.”

Mr Kelleher called on Mr Harris to clarify the nature of the agreement with the St Vincent’s Healthcare Group.

“It is a national maternity hospital, it is important that it has full independence in its ethos and medical independence is fully guaranteed and that’s of critical importance.”

“Given the events of recent weeks, not to mention the failure of religious congregations to meet their share of the cost of redress, it seems extraordinary to see the State continuing to fund an increase in the asset values of those same congregations,” he said.

Social Democrats co-leader Róisín Shortall said it was “highly inappropriate for the State to allow a religious congregation, or any private interests, to be the owner of a hospital. It is very hard to see how there could be any rationale for this transaction.”

Ms Shortall said the congregation’s failure to provide its share of funds to the redress scheme further compounded the issue, “as it shows a deep insensitivity towards abuse survivors”.

The Department of Health said that late last year the NMH Holles Street and SVHG agreed a governance structure for the new national maternity hospital involving the establishment of a new company.

In a statement, the department said the new company would have clinical and operational independence in the provision of maternity, gynaecology and neonatal services “without religious, ethnic or other distinction, as well as financial and budgetary independence”.

“This independence will be assured by the reserved powers which are set out in the agreement and which will be copperfastened by the golden share which will be held by the Minister for Health.”

The board of the new hospital will comprise nine directors, four nominated by SVHG, four by NMH, including the master, and one will be an international expert in obstetrics and gynaecology.

Dr Rhona Mahony, master of the National Maternity Hospital (NMH) at Holles Street in Dublin, said the new hospital would be “dedicated solely to providing maternity care for women and infants”.

“It will be operated by a new company with an independent board and will be clinically and operationally entirely independent in line with national maternity policy,” she said.

“The current facility is not fit for purpose. The colocation of this hospital with an adult tertiary hospital will revolutionise healthcare in Ireland for women and infants.”

The Sisters of Charity is one of 18 religious congregations which managed residential institutions for children investigated by the Ryan commission and was party to the 2002, €128 million indemnity agreement with the State.

Following the publication of the Ryan report in 2009 the Sisters of Charity offered to contribute a further €5m towards the €1.5 billion redress costs incurred by the State involving former residents of the institutions.

According to the Comptroller and Auditor General’s report last month the Sisters of Charity have contributed just €2m of their 2009 offer to date and has also to complete its contribution to the 2002 indemnity agreement.