‘Mental health crisis’ among Travellers must be addressed, committee told

Most Travellers felt the State was ‘indifferent’ to their suffering 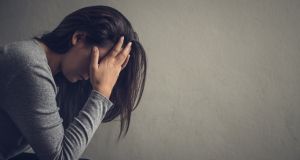 A mental health crisis among Travellers must be addressed as human rights issue, an Oireachtas committee heard. Photograph: iStock

A “mental health crisis” among Travellers must be “addressed as human rights issue”, an Oireachtas committee heard on Tuesday.

One had to question, said Thomas McCann manager of the Traveller counselling service, “how it is that the State has let an ethnic minority get to such a position where their people are taking their own lives on such a regular basis”.

Addressing the Committee on the Traveller Community, Mr McCann said there was “unbearable suffering” among Traveller families. Many had lost “multiple members” across generations to suicide.

He invited committee members to ask a meeting of Travellers anywhere in the country how many had been affected by suicide. He said “nearly every single Traveller” would put up their hand.

“The word ‘crisis’ is often used...There is a real crisis of mental health affecting every Traveller family right across Ireland. There is a fear [OF SUICIDE]in families about their own family members, if they go out and they can’t contact them.”

However most Travellers felt the State was “indifferent” to their sufferin.

“Travellers have no political representation. We are dependent on the good will of some politicians, and while this is welcome it has not been enough. This is a human rights issue, make no mistake about it and we need to go beyond and address it as a human rights issue.”

The roots of the situation, he added, were in the 1963 Report from the Commission on Itinerancy which which ‘problematised’ the community’s culture and way of life and initiated a government policy of assimilation into the settled community.

Niamh Keating, co-ordinator of the west Limerick primary healthcare project for Travellers, cited figures from a recent survey of Travellers in Co Clare showing 94 per cent per cent said they had experienced discrimination and 98 per cent, while proud of their Traveller identity sometimes felt they had to hide it.

Discrimination in accessing work, poor school experiences including bullying and reduced timetables and poor living conditions were experienced by Travellers from childhood, she said.

Among recommendations the committee heard were that funding be increased to address the educational needs of Traveller children, additional funding to Traveller health projects, sheltered employment opportunities for Travellers to prepare their progress into the workplace, and, the drawing up of a national Traveller mental health strategy.