Mater hospital to comply with legislation 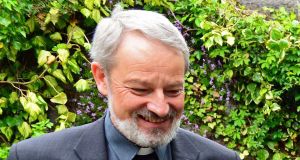 Fr Kevin Doran, who sits on the Mater’s board of directors and the board of governors, would not comment on the hospital’s decision. Photograph: Eric Luke

The Mater Hospital in Dublin has said it will comply with the Protection of Life During Pregnancy Act 2013.

In a brief statement issued yesterday the hospital said it would comply with the Act, which sets out the circumstances where a termination of pregnancy may be performed.

The statement says: “The Mater Hospital has carefully considered the Act. The Hospital’s priority is to be at the frontier of compassion, concern and clinical care for all our patients. Having regard to that duty, the Hospital will comply with the law as provided for in the act.”

The hospital’s compliance with the legislation came into question during the summer when a member of its board of directors said it could “not comply” with the legislation as it ran counter to its Catholic ethos. Fr Kevin Doran, who sits on both the board of directors and the board of governors would not comment this afternoon on the hospital’s decision or his future involvement in it.

The Mater Misericordiae University Hospital is a Catholic voluntary hospital and was founded by the Sisters of Mercy in 1861. In its mission statement, the hospital says that by caring for the sick, “we participate in the healing ministry of Jesus Christ”.

Though it is named in the Act as one of 25 “appropriate institutions” for the termination of pregnancy, Fr Doran said during the summer: “The Mater can’t carry out abortions because it goes against its ethos. I would be very concerned that the Minister [for Health, James Reilly] sees fit to make it impossible for hospitals to have their own ethos.

“The issue is broader than just abortion. What’s happening is the Minister is saying hospitals are not entitled to have an ethos.”

A spokesman said the hospital’s board and management had consulted “widely across the hospital” since the enactment of the legislation in July. The issue had also been discussed at board level.

When asked yesterday about the hospital’s decision, Fr Doran said: “I’m not going to comment on anything. This has just happened.”

Asked if he was going to remain on as a member of the hospital’s boards of governors and directors, again said: “I am not going to comment on anything.”

He had said in August that if the hospital were to decide to comply with the legislation he assumed there “would be very serious discussion between the Archbishop [of Dublin Dr Diarmuid Martin] and the management of the hospital.”

The Mater hospital is a single-member company.

Its parent company is the Mater Misericordiae and the Children’s University Hospitals (Temple St) Ltd.