Courts given power to ban sex offenders from contacting victims 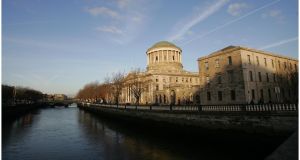 Harassment orders: sex offenders can be banned from contacting victims for a year. Photograph: Bryan O’Brien

The largest rape-crisis centre in the State has welcomed a new power allowing courts to prohibit sex offenders from contacting or approaching their victims for up to a year after they are released from prison.

The measure, which is provided for in the Criminal Law (Sexual Offences) Act 2017, came into force on Monday, after Minister for Justice Charlie Flanagan signed a commencement order.

“The introduction of harassment orders is an important step to help protect those who have suffered from sexual offences from being victimised further by their attackers,” the Minister said. “Breach of these orders will be an offence punishable by a fine and/or imprisonment for up to five years. I hope this measure will help bring some peace of mind to victims in the potentially traumatic period around the release of their attacker.”

Dublin Rape Crisis Centre said that the orders, which can be imposed when an offender is sentenced to jail or at any time before the offender’s release, were an important acknowledgment of the need to strengthen protections for victims of sex offenders, “who are at particular risk when the offender is released. Usually they know the offender. Very often the offender is a relative,” the centre’s chief executive, Noeline Blackwell, said.

“Many are extremely apprehensive about what the offender may do after release. It is essential that adequate protections are put in place for their protection and the protection of society.”

The order signed by the Minister also brought into effect an amendment of the Sex Offenders Act 2001 to allow courts to change the conditions under which sex offenders have been released.

Most of the 2017 Act has now come into force. Ms Blackwell said its outstanding provisions must take effect as soon as possible. “These would protect children and other vulnerable witnesses giving evidence in court. Until such time as that part of the Act becomes live, children and other vulnerable witnesses don’t have the level of protection that they need.”