Lack of maternity leave for politicians a ‘glaring barrier’ for women, TD says 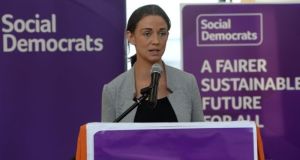 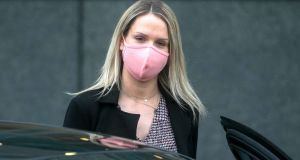 Minister for Justice Helen McEntee will become the first senior Cabinet minister to give birth while in office. Photograph: Gareth Chaney/Collins.

The lack of maternity leave for public representatives is a “glaring barrier” for women who want to enter politics, a TD has claimed.

Social Democrats TD Holly Cairns said she is pushing for legislation to permit maternity leave for elected officials, following Minister for Justice Helen McEntee’s announcement that she is pregnant.

Ms McEntee will become the first senior Cabinet minister to give birth while in office.

Ms Cairns has offered to pair with the Justice Minister for all votes if changes to allow her take maternity leave are not introduced before she gives birth next year.

“It’s kind of mad that she’s the first member of Cabinet to give birth while in office; it’s even madder that there isn’t any provision for maternity leave. That goes for senators, councillors and TDs,” she said.

Ms Cairns said when she was first elected to Cork County Council, female councillors spoke of the “trauma” of giving birth while being an elected official.

“They were working from their maternity beds, they had to take sick leave which is, quite frankly, insulting, and their wages were being docked. Of course, they felt like they were being judged by the electorate for not being at council meetings and it’s just ridiculous in 2020 that we’re even talking about this,” she said.

Ms Cairns first raised the issue with the Taoiseach back in July and has since been working on a Bill with the Bills Office in Leinster House. She hopes to get an update from the office later this week, but acknowledged there are “a lot of complications” in providing leave.

“Obviously, the electorate vote for somebody to vote on their behalf and when we look at the option of having a replacement, like a locum, there’s a question there of can that happen when they haven’t been elected to vote on behalf of the people. Does that need to be included on the ballot? There are different questions like that,” she added.

Ms Cairns suggested remote voting could also be used as a possible solution. She added that she hopes there will be cross-party support on the issue.

Meanwhile, Fine Gael TD Jennifer Carroll MacNeill introduced a Bill on Tuesday to enable remote voting in the Oireachtas, a move which, she said, could “remove the barrier to maternity leave” for politicians.

“We have had lots of talk about maternity leave for politicians. This Bill is part of that conversation and is one of the first steps towards flexible maternity provision for TDs and Senators. At a minimum, maternity or paternity provision requires the possibility of remote or proxy voting,” she said.

“I believe all workers who are parents with young children should be afforded parental discretion, including members of the Oireachtas. It should be the parents’ choice together as to how to spend the weeks and months following the birth, or adoption, of their new baby.”

Legal reform for the provision of maternity care was promised more than 40 years ago but was never delivered. At present, TDs have to provide a sick note if they wish to take time off to be with their newborn children.

Fianna Fáil tried to introduce a Bill to allow for leave in 2018 but a number of constitutional issues arose, including whether or not the Dáil had powers to legislate for TDs absent from duty.