Which European election candidate most closely mirrors your views? 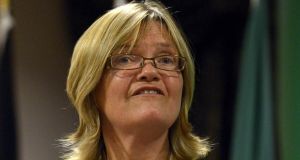 The “EU and I” survey is run by Prof Brigid Laffan. Photograph: Brenda Fitzsimons / THE IRISH TIMES

Two websites set up for the European elections allow voters to identify candidates or parties whose views mirror their own.

The first, whichcandidate.ie, allows voters find individuals whose views tally with their own. The selection is done by means of an online questionnaire.

The second website is similar but focuses on parties rather than individuals. Called “EU and I’ (euandi2019.eu) it asks a series of questions pertaining to Ireland about immigration, social services and taxes including corporate taxes. It then tries to match the voter to a party with equivalent views and policies.

The two websites were set up by Irish academics. Whichcandidate has been run for a number of years by Dr Rory Costello of the politics department in the University of Limerick. He also surveyed voters prior to the last European elections and the 2016 general election.

The second is run by Prof Brigid Laffan of the European University Institute in Florence in conjunction with the University of Lucerne.

With more than a dozen parties in the running, and some 60 candidates, the policies and views are very diverse. They range from those who wish to leave the EU to committed Europhiles; from those who oppose carbon taxes to those who support them: and from those who think a European army is being established to those who believe Pesco is just a means for more focus and co-operation in peacekeeping.

The idea behind the website is to compare all the candidates and parties by collating their public stances on key issues pertaining to Europe.

The “EU and I” survey is available across all EU countries in more than 20 languages.

According to its website, it invites users to react to 22 statements covering a range of policy issues and political values in European politics.

“The results show which parties stand closest to citizens’ preferences, both in their country and all across Europe,” it states.

The Whichcandidate set-up is somewhat similar. At the outset, the main policy issues were selected by a research team. They contacted all known election candidates and asked them to complete a questionnaire on these issues.

“Each participating candidate is given a public profile on the website, incorporating their answers to the questionnaire,” it states.

“Voters who visit the website are asked the same set of questions, and their answers are compared with the answers of the candidates.

“A customised results page is then presented to each user, containing a ranking of candidates ordered by how closely their answers match,” it adds.

After the 2016 election, the research team for Whichcandidate was able to demonstrate that the greatest divergence between the views of a party and those of its supporters occurred with Sinn Féin.