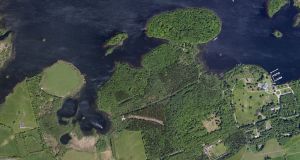 Waterways Ireland is to reopen a disused canal at Lough Key Forest Park, near Boyle, in Co Roscommon.

The canal, known as Drummans canal, was created in 1719, making an island out of Drummans peninsula on the southern shore of Lough Key.

The cross-Border inland waterways authority said it was hoped the work would be undertaken during the cutting season in October and November, “subject to the necessary environmental screening being undertaken”.

The authority said the work would necessitate some clearing of the channel but not dredging. It would mainly involve “removing obstructions and cutting back vegetation”.

It is not intended that the canal would be open to motor cruisers which frequent the nearby 50-berth Waterways Ireland marina. But it would be available for kayaks, canoes and paddle boarders.

Waterways Ireland western region manager Eanna Rowe said the intention was to promote another “activity” to go with the facilities and activities already available in Lough Key Forest Park. These include boat hire, a tree canopy walk, zip wires, camping, caravaning and motor homes spaces. There is also a “Boda Borg” adventure, and Segway and electric bike hire.

Drummans canal is spanned by a single bridge, Drummans bridge, and, at about 150 metres long, the canal is the shorter of a network of canals which were developed on the former Rockingham Estate by the King family. The architect John Nash designed a house on the shores of Lough Key in 1809 and the private canals were used in part to bring supplies of turf to the mansion, and in part to beautify the estate. An elaborate “fairy bridge”, which spans a canal parallel to Drummans canal, may also have been designed by Nash.

The Rockingham Estate passed into control of the land commission in 1959 and the portion now designated as Lough Key Forest Park covers more than 800 hectares between the N4 road and the lough.

He said there were photographs of ski boats using the canal in the 1970s, but the canal had become overgrown in the intervening years. The park is now owned by Coillte which promotes walking and recreational use of the amenities.

It is hoped to develop many of the forest walks into informative nature trails with details on the age, planting and maintenance of individual trees and geological formations along the way.