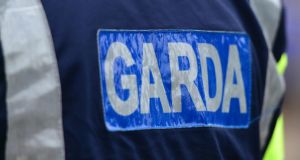 A 65-year-old man died in an industrial accident in east Cork on Wednesday afternoon.

It is understood the man was carrying out repair work on a grain trailer at yard in Whitegate when he sustained serious head injuries from a tail gate on the vehicle sometime about 4.30pm.

Two workmates, who had been with him earlier, discovered the injured man and raised the alarm and paramedics attended to the casualty but he was pronounced dead at the scene.

Gardai and the Health and Safety Authority are to begin separate investigations into the death.

Gardai have requested the services of the State Pathologist’s Office as a precautionary measure. A postmortem is expected to take place at Cork University Hospital on Thursday.

The Health and Safety Authority has also been notified and its inspectors have visited the scene and both the HSA and gardai will carry out an investigation into the death of the man who is from East Cork.