Ireland’s youth are no big fans of priests, politicians or police 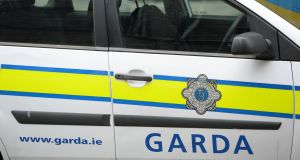 Irish millennials have expressed an almost complete lack of confidence in priests, politicians and police, who used to be considered the three pillars of Irish society.

Only 2 per cent of Irish people aged 18-34 told researchers working on behalf of the European Broadcasting Union they had complete faith in religion, while 56 per cent said they had absolutely no trust in it, according to a Europe-wide survey of 18-34-year-olds.

The survey also showed that 35 per cent of young adults in Ireland believe all politicians to be corrupt, and a further 41 per cent expressed the view that at least some of them are up to no good.

The news is not all bad for politicians, however: although just 22 per cent of Ireland’s young adults expressed a good deal of confidence in Ireland’s political class, the percentage was still sufficiently high to rank Ireland as the most trustworthy country of the 18 European states surveyed when it came to politicians’ honesty.

The news wasn’t great for An Garda Síochána, either, as 46 per cent said they distrusted the force to some extent.

Children of the revolution

The survey also suggested that the political world should be on its guard, as more than half of Ireland’s millennials appeared to be prepared to join a “large-scale uprising against the generation in power”.

The results all come from Generation What Europe, a landmark 149-question survey taken by nearly a million young people across Europe – including more than 20,000 in the Republic – covering a range of topics from politics to happiness, education, nationhood and immigration.

Despite the growth of nationalism and populist politics, there seems to be no appetite for a ban on immigration across Europe, with 73 per cent saying they believed immigration made society richer, and Spain, Germany and Denmark all supporting immigration by more than 80 per cent.

While politicians, the guards and religion all fared badly in the trust stakes, they were not the least-trusted groups. That dubious honour belongs to the fourth estate, with 43 per cent of those aged 18-34 saying they had no trust in the media and a further 44 per cent expressing a degree of mistrust.

All told only 1 per cent said they had total faith in the media.