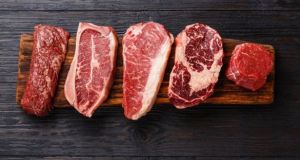 Evidence of the cutting of meat in a room adjacent to toilets was among the reasons for the Enforcement Orders in May.

A Garda recreation club in Dublin and a sausage factory in Cavan were among seven food establishments served with closure orders by the food safety watchdog in May.

Both Peter Stanko Sausages in Cootehill, Co Cavan and M&P Traditional Meat and Food Product, operating within the same premises, were served with closure orders, as was Rimantas Meats in Belturbet, Co Cavan.

The Garda Recreation Club at the Westmanstown Sports Centre in Dublin 15 and the Orient in Castlemill Shopping Centre, Balbriggan, Co Dublin, were also both closed as was Pimientos on Trimgate Street in Navan and retailer Tim Nessa on Davis Street in Limerick.

Among the reasons for the Enforcement Orders were evidence of the cutting of meat in a room adjacent to toilets at Tim Nessa’s in Limerick, rodent droppings seen throughout the Garda Club premises, while in Pimientos of Navan inspectors found food handlers with a poor knowledge of food hygiene requirements, demonstrated by poor operational practices.

Food Safety Authority of Ireland (FSAI) inspectors also had a lack of confidence in some management’s ability to manage food safety.

There were reports of raw meat for the production of sausages being held at potentially unsafe temperatures pending processing and a sausage production area found in a generally dirty and unhygienic condition - both at Stanko Sausages; and at Orient Sushi in Balbriggan, chefs who could not tell how long raw fish for sushi had been in a freezer.

Dr Pamela Byrne, FSAI chief executive, reiterated that some food businesses are failing to adequately train their staff in food safety practices and this is leading to unhygienic premises which are putting the health of consumers at risk.

“During the month of May, food inspectors detected numerous serious breaches of food safety legislation,” she said. “It is not acceptable that any staff in food businesses are failing to demonstrate satisfactory food hygiene knowledge and skills.”

She said the “failure of some food businesses to promote high food safety standards in their premises and among their staff has the potential to cause a serious risk to consumer health, which has been identified in this month’s enforcements”.

Food businesses must act responsibly to prevent these serious breaches of food legislation, she added.

“The FSAI continues to work with food businesses to ensure that food safety legislation is adhered to and that Ireland’s food industry maintains its reputation as being amongst the safest and highest quality in the world.

“However, non-compliance of food safety legislation by food businesses will not be tolerated and will be dealt with to the full extent of the law,” Dr Byrne concluded.