No signs of foul play so far in Nora Quoirin’s disappearance but investigations ongoing, say police 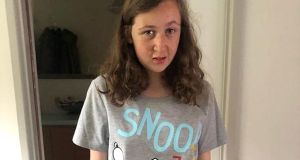 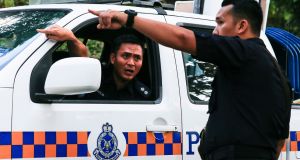 The family an Irish girl (15) missing in Malaysia have said she is vulnerable and they fear for her safety.

Nora Quoirin, who has special needs, is the daughter of an Irish-French couple who have lived in London for about 20 years.

She went missing while on a family holiday at the Dusan resort in a nature reserve near Seremban, about 63km (about 39 miles) south of the capital Kuala Lumpur.

Searches are being undertaken by police in the area. Malaysian police have said there are no signs of foul play in the disappearance of the girl.

Missing persons charity the Lucie Blackman Trust (LBT) had previously said Nora’s disappearance was being treated as an abduction.

The girl’s family said they are treating the disappearance as a “criminal matter”.

Speaking to LBT from Belfast, Nora’s aunt Aisling Agnew said: “Nora’s parents and relatives in Ireland and France are distraught by her disappearance.

“Nora is a child with special needs and has learning and developmental disabilities which make her especially vulnerable and we fear for her safety.

“Nora would not know how to get help and would never leave her family voluntarily.

“We now consider this a criminal matter.

“We are appealing to everyone to assist the local police in any way they can and to pass on any information that would help locate our beloved Nora without delay.”

Nora’s father raised the alarm when he discovered her missing from her bedroom at 8am local time on Sunday.

Her window had been opened.

Family friend Catherine Cook told PA: “It’s out of character for Nora to go wandering off.”

She added: “I’m a mother and I burst into tears just hearing this story. I cannot imagine the hell that they are living right now. I just ask for anyone who can help them to do so as soon as possible.

“To my knowledge, the French government and the Irish government are helping them and it would be great if other agencies or governments worldwide could support them.”

The page states: “More family members are travelling to Malaysia to participate in the search and rescue effort and would appreciate donations to cover any unforeseen expenses or charges incurred in the process.”

The family has set up an email address where information can be passed on at findnoraq@gmail.com.

The LBT has also provided a hotline and email address for information. People can remain anonymous and can call +448000988485 or email ops@lbtrust.org. – PA