Robert Meade, second-in-command at the Irish Embassy, given until Monday to leave 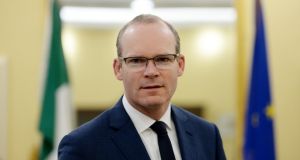 Robert Meade, Ireland’s deputy head of mission at the Embassy in Moscow, is the Irish diplomat who was given until Monday to leave Russia in the international row over the Salisbury poisoning.

Mr Meade, who has been in Moscow for a number of years, was one of 59 diplomats from 23 countries expelled last week in the Kremlin’s retaliation for the expulsion of Russians across the West.

The expulsions come in the wake of the nerve-agent attack on former Russian double agent Sergei Skripal and his daughter Yulia in Salisbury, southern England, at the start of last month. The UK government and EU member states, including Ireland, have blamed the attack on Russia.

The Department of Foreign Affairs declined to release Mr Meade’s name last week. He is one of three Irish diplomats stationed in Moscow. A further six officials in Moscow are on diplomatic visas.

Mr Meade is second-in-command at the Embassy to Irish Ambassador Adrian McDaid, who was summoned to Russia’s foreign ministry last Thursday and told that the diplomat was being expelled from Russia in response to the Irish expulsion of a Russian diplomat earlier in the week.

Formerly with Irish Aid before being dispatched to Moscow, Mr Meade holds the rank of first secretary within the Department of Foreign Affairs. He was due to return from Russia this summer.

Justifying Mr Meade’s removal in response to the Irish expulsion, Russian ambassador Yury Filatov told reporters on Tuesday: “Every action finds its counteraction – that’s the way it is.”

Tánaiste and Minister for Foreign Affairs Simon Coveney said last week there was no justification for the expulsion and pointedly criticised Russian activities in Ireland.

“Irish staff do not engage in activities that are incompatible with their diplomatic status,” he said. “This decision to expel an Irish diplomat is regrettable.”