Abuse of sedatives leading to rise in ‘violence, aggression’ among teens 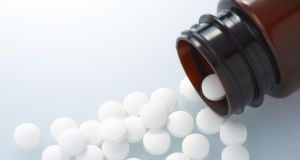 A youth worker said young people taking the sedative have charges for ‘offences they have absolutely no recollection of committing.’ File photograph: Getty Images

The abuse of sedatives known as benzodiazepine (or “benzos”) is creating an unprecedented level of violence in deprived communities, a conference has heard.

The conference was called by Dublin MEP Brian Hayes who said he had been struck by the number of people who have highlighted how prevalent the problem has become.

Benzodiazepine such as diazepam and flurazepam are available on prescription but they can also be obtained on the street illegally.

“It is a problem for a younger generation of kids because they are so easily obtainable,” he said.

“I have been really surprised by the number of people who have come to me in the last few months when I expressed an interest in it.

“In the past, the political debate has been about 15 to 20 years behind what is actually happening on the street.”

Youth worker Eric Caffrey said he had witnessed an increase in “violence, aggression and dangerous unpredictability” as a result of young people using alcohol, cannabis and benzodiazepine together.

Mr Caffrey, who is the project manager of Core Youth Service in Inchicore, cited one 14-year-old boy who had started on benzodiazepine and picked up 25 charges in a six month period including assault, stabbing and kidnapping.

Mr Caffrey told the seminar at the European Parliament buildings in Dublin, that young people are looking for blackout and memory loss as a result of taking the drugs.

“It must be very inviting, the opportunity to blackout pain and memories for a short period but the unfortunate side effect is the destruction caused,” he said.

“They often commit offences totally out of character or against their nature. I have also spoke to numerous young people with charges for offences they have absolutely no recollection of committing.”

Solas project chief executive Eddie D’Arcy said benzodiazepine is the “drug of choice on the streets at the moment”.

He warned that young people who took drugs were “among the most erratic and challenging” people that he dealt with.

He warned that the use of the drug among young people could lead to them developing psychiatric conditions later in life.

“This is a problem in all major cities,” he said. “but young people don’t see it as a problem. They are enjoying it.”

Minister for State for Health Promotion and the National Drugs Strategy Catherine Byrne told the conference that two out of three deaths from drugs are due to poly-drug use and benzodiazepine is the most common group involved in such deaths.

She said the HSE’s medicines management programme has issued a guidance document for prescribers about benzodiazepine and the dangers of their long-term use.

She hoped that the new guidelines will lead to a reduction in the long-term inappropriate use of these drugs.