The harder the Brexit, the worse the climate impact, study warns 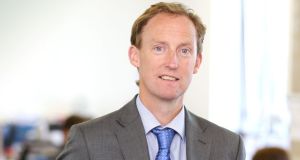 Institute of International and European Affairs director general Barry Andrews: “When it comes to climate change, under all Brexit scenarios the most profoundly negative consequence are not felt by the UK, but by the EU and internationally.”

Brexit could have a profoundly destabilising impact on global momentum to address climate change, according to a report published by the Institute of International and European Affairs (IIEA).

“One thing is clear: further to the damaging withdrawal of the US from the Paris Climate Agreement, the last thing global efforts to tackle climate change need is Brexit; and the harder the Brexit, the worse the climate impact,” said report author Joseph Curtin. He is a research fellow at UCC and the IIEA in Dublin, and a member of the Government’s climate change advisory council.

The analysis explores the political impacts for climate change, within the UK, at EU level and globally, under four scenarios including in the event of remain (“a reversal of the decision to leave”). Apart from remain, all scenarios come with negative consequences for climate protection, Mr Curtin said.

The negative consequences, according to the report, ripple out from the loss of UK influence at the EU negotiating table. The UK has historically been a leader in EU climate policy, aligning itself to the clean and green grouping of member states, including Germany and the Nordic countries.

It has taken on the most challenging commitments to reduce heat-trapping greenhouse gasses and has also been a leading proponent of reforms to the EU’s flagship climate policy, its carbon trading scheme. “If the UK leaves, even in a ‘soft Brexit’ scenario – where it remains in the EU single market and customs union – the balance of power tilts towards the less ambitious grouping of member states, led by Poland. EU leadership and ambition suffer,” Mr Curtin added.

The report finds that under all three Brexit scenarios, there may be a requirement for the EU to resubmit a less ambitious pledge to the UN’s Paris climate accord on curbing global emissions. This is because the UK contributes disproportionately to the overall EU pledge (a 40 per cent reduction in emissions by 2030), and other member states are “unlikely to take up the slack post-Brexit”.

In an “ultra-hard” scenario, a “hard Brexit” (leaving the single market and customs union) but followed by domestic rollback of environmental legislation where the UK seeks to gain competitive advantage through deregulation, the situation is worst. In this case, the report argues, the UK would be unlikely to submit an ambitious national pledge to the Paris accord, if indeed it submits a pledge at all. The very survival of the accord could be threatened, it adds.

“This scenario would have profound implications for trade, carbon leakage and potentially competitiveness between the UK and its major EU trading partners, including Ireland. It would have highly destabilising repercussions for the Paris agreement and likely result in a diminished commitment to climate finance.”

Somewhat counterintuitively, in most scenarios, the implications for the UK’s national climate policy are limited. “This is because the UK’s climate ambition is underpinned by domestic legislation such as the Climate Change Act (2008),” Mr Curtin said, “and is not a function of EU membership per se”.

The exception, the report contends, is in the ultra-hard Brexit scenario, where the UK rolls back its domestic climate policy following a hard Brexit. In this instance, “there are profoundly destabilising impacts on decarbonisation momentum at all levels: within the UK, and at EU and UN fora”.

Speaking at the report’s launch, IIEA director general Barry Andrews said this analysis of the impact of Brexit on climate change “shows different results to other areas of policy we are exploring. In most areas, the UK will be disproportionally negatively affected by its decision to leave the EU, be it in trade, foreign policy or security. However, when it comes to climate change, under all Brexit scenarios the most profoundly negative consequence are not felt by the UK, but by the EU and internationally.”