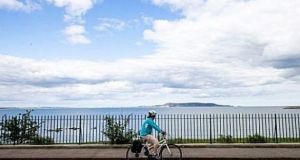 Some 20,000 new homes are to be provided in the Dún Laoghaire-Rathdown area of Co Dublin over the lifetime of the next county development plan.

The draft county development plan for 2022-2028, which has gone on “virtual public display” on the council’s website, will result in a major new urban area in southeast Dublin.

In addition to the ongoing development of existing major urban centres at Dún Laoghaire and Dundrum, the council envisages a number of expanding new residential communities.

These will be located at Ballyogan and environs; Kilternan-Glenamuck; Rathmichael; Woodbrook-Shanganagh; and Old Connaught.

All of these new or expanding communities are located on the edge of Dublin’s M50 motorway. Some are close to the Luas green line, which already has congestion problems. Under the plan, a new Dart station is to be provided at Woodbrook.

The draft plan also provides for ongoing “district centres” at Blackrock, Stillorgan, Nutgrove and Cornelscourt. “Mixed-use” centres are to be at Sandyford and Cherrywood.

While the development of Cherrywood and Woodbrook-Shanganagh will intensively urbanise the southeast of Dún Laoghaire-Rathdown County Council’s administrative area, a rural area is provided in the southwest.

Consultation on the development plan began on Tuesday and will run up to and including April 16th.

Commenting on the plan, council cathaoirleach Una Power of the Green Party said it would ensure “inclusive, coherent and consistent planning”.

The final plan will be voted on by councillors later in 2021.

For the first time, the council has created a “virtual room”, which can be accessed on the council website, to see all aspects of the draft plan.

Louise McGauran, senior planner, said “normal times” would have seen a physical display in public offices but the council had made the decision to delay the public display until after January 31st, due to the current Covid-19-related travel restrictions.

She said the draft plan was underpinned by five strategic outcomes and the overarching concept of the “10-minute” neighbourhood whereby communities are able to walk, cycle or use high-quality public transport to get to the facilities they need for day-to-day living.

The plan also introduces a new zoning objective – sustainable neighbourhood infrastructure – which recognises facilities, such as schools, community facilities, healthcare and childcare, that serve the community.