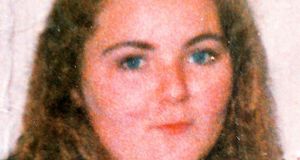 Undated handout photo of Arlene Arkinson, who has been missing since August 1994. Photograph: PA Wire 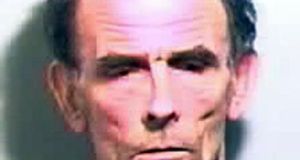 The family of murdered schoolgirl Arlene Arkinson is being forced to endure “exquisite cruelty” because of delays to her inquest, a coroner’s court has heard.

Frustrations at the slow pace of progress were aired by the Arkinson family lawyer during a preliminary hearing at Laganside Court in Belfast.

The case, which opened last year, has stalled over a struggle to obtain information from legal authorities in the Republic of Ireland.

Barrister Ivor McAteer said correspondence with the Chief State Solicitor’s Office in Dublin had been continuing for months.

He said: “The actions thus far, for the family, amount to exquisite cruelty.

“All the right noises have been coming for over a year now but we are still in the same position.”

Documentation in four key areas is being sought for the inquest.

The material includes papers on the lines of inquiry pursued by An Garda Síochána, searches carried out south of the border, and a purported meeting between Garda officers and convicted paedophile Robert Howard’s former girlfriend Patricia Quinn and her daughter Donna Quinn in Letterkenny, Co Donegal.

Members of the Garda may also be asked to give oral evidence.

Judge Brian Sherrard, who is presiding over the case, said he was reluctant to conclude until all avenues had been “bottomed out”.

“The family are uppermost in my mind,” he said.

“Nevertheless this inquest will amount to a new opportunity for our community as well as the family to gain a full understanding of what took place in relation to Arlene’s disappearance and death.

“We still have a way to go before I would be in a position to confidently close this matter.

“The relationship with An Garda Síochána extends across a whole range of cases. For that reason I would be reluctant to abandon the route that we are on at the moment.”

Arlene (15) from Castlederg, Co Tyrone, vanished after a night out across the border in Co Donegal in August 1994.

She was last seen being driven down a country road by Howard.

Despite extensive searches, including a fresh dig in Co Tyrone last year, her body has never been found.

The Arkinson family, who have closely followed proceedings, were not in court for the brief hearing.

Their barrister said they were struggling to comprehend the hold-ups.

Mr McAteer added: “They are aware that there is a rightful reluctance to draw this to a conclusion pending the bottoming out of this particular matter.

“But, it’s difficult to comprehend what’s going on.”

Howard was acquitted of Arlene’s murder in 2005 by a jury that was not told of his lengthy criminal past, which included the murder of a south London teenager several years earlier.

He remained the prime suspect until his death in prison in 2015.

Judge Sherrard said he hoped substantive progress would be made ahead of the next preliminary hearing scheduled for May.