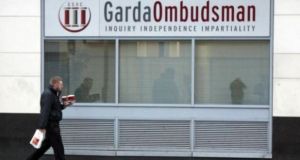 The Government report into the alleged bugging of the offices of the Garda Síochána Ombudsman’s Commission (GSOC) has found that there is no evidence that surveillance took place. 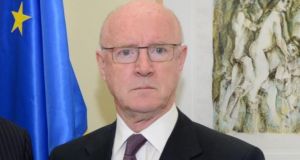 The Government report into the alleged bugging of the offices of the Garda Síochána Ombudsman Commission (GSOC) has found that there is no evidence that surveillance took place.

The investigation by retired High Court judge John Cooke says the evidence available does “not support” the proposition that surveillance took place, as had been initially reported.

“It is clear that the evidence does not support the proposition that actual surveillance of the kind asserted in The Sunday Times article took place and much less that it was carried out by members of the Garda Síochána,” the report says.

Mr Justice John Cooke describes as “not convincing” accounts that a wireless remote device for video and audio equipment in the GSOC offices were transferring data to a nearby internet hotspot in a café.

Judge Cooke’s report found it is “highly improbable that haphazard performance of such a… devise constituted the planned means of covert eavesdropping on GSOC in a sophisticated surveillance exercise by any agency equipped with a capability of ‘intelligence service level’”.

“The possibly sinister characterisation attributed to its abnormal behaviour appears now to warrant reconsideration in view of the fact that: a) it was not microphone enabled as had been assumed; and b) its original default password was publicly available and had not been changed.”

However, the report added: “Although...It is impossible on the basis of the technical opinions and available information, categorically to rule out all possibility of covert surveillance in the three threats identified by Verrimus, it is clear that the evidence does not support the proposition that actual surveillance of the kind asserted in The Sunday Times article took place and much less that it was carried out by members of the Garda Síochána.

A spokeswoman for GSOC said this evening: “We have just downloaded the report by Judge Cooke, following his Inquiry. We are reading it now and will make a statement as soon as possible, once we have read it fully.”

Minister for Justice Frances Fitzgerald welcomed the publication of the report and thanked Judge Cooke for his “comprehensive, evidence-based report.”

She said its findings were “both clear and measured.”

“The Government accepts in full the findings and conclusions of the report. It is vital that there is strong public confidence in the Garda Síochána and the system of oversight of the Garda Síochána,” she said.

“That is why it was so important to have an independent and rigorous examination of what were deeply disturbing allegations that GSOC had been subject to surveillance, especially in circumstances where it was suggested that such surveillance might have been carried out by the Garda Síochána.”

Fianna Fáil spokesperson on Justice Niall Collins said he has written to the clerk of the Oireachtas Justice Committee requesting that Judge Cooke be invited before the committee to present the findings of his investigation.

“Instead of relying on Government spin, I believe we now need to give Mr Justice Cooke an opportunity to present his report to the all-party Oireachtas Committee on Justice. This will allow a full and open examination of the findings and recommendations and a frank discussion of the process,” he said.