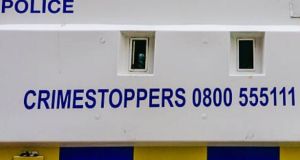 The PSNI is investigating the death of a man in his twenties following a night out in Belfast. Photograph: Getty

The death of a man who suffered a head injury during a night out in Belfast is being treated as murder, police said.

Mr Anderson, from the Short Strand, was hurt at Arthur Lane in the early hours of February 6 and admitted to hospital later that day.

He added: “I am now treating Conan’s death as murder and I am appealing for anyone with any information about the incident at Arthur Lane in the early hours of Monday February 6th or any information which could be of assistance to my investigation to contact detectives.”