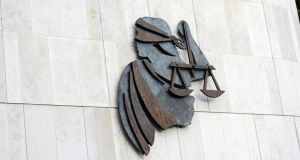 Mr Justice Robert Eagar gave Mr O’Sullivan, described as a businessman, of Merrion Square, Dublin 2, permission to serve the proceedings outside the jurisdiction of the court.

Frank Callinan SC, counsel for Mr O’Sullivan, told the court his client intended suing a Kevin Delaney, editor of the Sark Newspaper and Sark Newsletter for remarks made about him both online and in print.

Mr Callinan said Mr O’Sullivan believed he had been seriously defamed in articles which, although having been published over the past year going back to January 2015, had been read by friends of Mr O’Sullivan in Ireland.

He said a law firm in Guernsey disputed the purported jurisdiction of the Irish courts but had agreed, without prejudice to the matter of jurisdiction, to accept service of the proceedings by fax and e-mail.

Judge Eagar said the court would normally grant a 14-day period for the entry of an appearance by the defendant but would allow 28 days in this case.