Pricewatch: Professor responds to our idea for a new consumer body which would fight the corner of individuals wronged by businesses 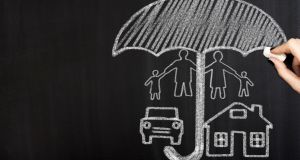 A couple of weeks back we wrote a piece suggesting ways any future government could help Irish consumers.

One of the ideas was for a new consumer body to be set up which would fight the corner of individuals wronged by businesses. This new body could have people employed specifically to contact those businesses on behalf of consumers.

We suggested the new organisation could operate like the food watchdog, a body which appears to have no problem shutting down shops and restaurants – even for a couple of hours – and then highlighting the ways such places have let down their diners.

We also suggested the new watchdog could have a monthly magazine filled with interesting features on how to save money, independent and exhaustive product reviews, stories of how companies have got it wrong and got it right.

In addition to the magazine, the new consumer organisation would also use the internet to reach out to people. It would blog, tweet and use Facebook and Instagram to fix people’s problems and empower them.

We got an interesting response from Prof Stephen Calkins. We’re happy to reproduce it in full with only minor tweaks:

“I read with interest [the Pricewatch] column offering five ways the next government could protect consumers . . . [the] recommendation that one of my former agencies, the Competition and Consumer Protection Commission (CCPC), devote massive resources – and it would take massive resources – to champion individually every consumer complaint is off the mark.

“All enforcement agencies must prioritise. Most consumer enforcement agencies, worldwide, aspire to use limited resources to maximise consumer benefit. Such a strategy might result in an agency engaging in consumer advocacy with the legislature or sectoral regulators, or in working to educate and empower consumers.

“It might result in an agency conducting unannounced inspections and taking enforcement actions against violators of consumer laws and even criminal enforcement measures against serious wrongdoing such as car clocking or cartel behaviour.

“It might result in an agency preserving competition by blocking anticompetitive mergers, or excluding thousands of dangerous products, or conducting studies better to understand how to make markets work, or learning from international experience how consumers might be being harmed in new ways (for instance in digital marketplaces).

“And – here’s the key point – the CCPC, while by no means perfect, has been doing all these things.

“Another way to prioritise is to engage in what is known as ‘inbox prioritisation’. This approach concentrates much of an agency’s resources on individually helping whoever files a complaint – perhaps even in the order complaints are received – without regard to the extent of consumer harm or other enforcement values.

“The right remedy for much consumer unhappiness is self-help. If a shop’s food is not tasty or the portions not generous, that is not reason for taxpayers to finance an enforcement action nor, for that matter, for the shop owner to have to answer to a law enforcement agency.

“Consumers have almost endless complaints. (For comparison, the US FTC, the agency comparable to the CCPC, received almost three million complaints in the most recent reported year. No imaginable amount of resources would permit all those complaints to be pursued.)

“Perhaps one might claim that it is quick and easy to intervene for a consumer. That might be true for a media columnist, who can just ring up a trader and speak for a consumer, but it is not true for an enforcement agency. An enforcement agency is limited to enforcing the law, so the agency should not demand a remedy unless it reasonably concludes that there has been a breach.

“The small shops that [Pricewatch] promotes would be harmed were an agency to interfere where the law had not been violated. And if an agency does accuse a trader of violating the law, the agency would suffer reputational harm if it did not address recalcitrance by bringing an enforcement action.

“Of course, an agency should carefully consider consumer complaints, and the CCPC does. But there is no single right response to a complaint. For instance, some complaints should lead to a secret investigation and possible dramatic action.

“According to public sources, the CCPC learned about serious consumer harm caused by the ‘click.ie’ website, and eventually took action that led to the site being closed, thus preventing substantial consumer harm. That is a much better use of resources than serving as an advocate for everyone who, in [Pricewatch’s] words, has ‘been let down by a service provider or retailer’.

“The CCPC provides much more individualised assistance than the US FTC, through a ‘helpline’ that in the most recent reported year advised 42,364 consumers of their legal rights. On its website the CCPC states that it is ‘not an ombudsman and so we cannot act on individual complaints or get involved in individual consumer or business issues’.

“The FTC uses somewhat more felicitous language: ‘While the FTC does not intervene in individual consumer disputes, its law enforcement partners . . . can use information in the database to spot trends, identify questionable business practices and targets, and enforce the law.’

“Both agencies, however, properly work to try to provide the greatest consumer benefit for the available resources.

“I agree with [Pricewatch] that the CCPC (and the FTC, for that matter) should do more and should have more resources. But both agencies should use their resources wisely, not reflexively.”

Prof Calkins is a Sutherland Fellow at UCD Sutherland School of Law and a professor at Wayne State University Law School. He is a former Member of the Competition and Consumer Protection Commission of Ireland and a former General Counsel of the US FTC. He is speaking only for himself, not for any institution.