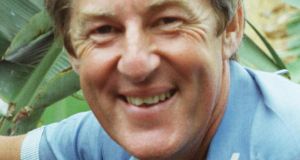 It was a sign of the esteem in which Gerard Brady, who has died aged 83, was held that well-known figures from very different sides of the Irish political spectrum paid him generous tributes of striking similarity. A former Fianna Fáil TD and, successively, minister of state at the Department of the Environment and minister for education, he succeeded in maintaining very good working relations with most, if not all, of his colleagues in the Oireachtas during a particularly turbulent period during the early 1980s when there were three general elections in the space of 18 months.

For former President Mary McAleese, who unsuccessfully shared a candidacy with him for Fianna Fáil in the general election of 1987 in the Dublin South-East constituency, Brady was one for whom “the competitive nature of politics never sullied his innate decency, fairness and kindness … he was in so many ways … caring and egalitarian, a gentle patriot who wanted the very best for Ireland and her people ... ”

Ruairí Quinn, the former Labour minister and TD in the same constituency, Brady was “a very meticulous TD, always very courteous … a very committed politician”. Quinn added, in a reference to charitable development work Brady did in the later part of his career in Africa, that it was characteristic of him that he never spoke about this aspect of his life to Dáil colleagues: “You’d have to drag it out of him.”

Brady, an ophthalmic optician by profession and a graduate in that discipline of the then Kevin Street College of Technology in Dublin, carried out this charity work with the British organisation Vision Aid Overseas. The charity specialises in providing optical aids, and especially, today, training in optometry among very poorly resourced communities, mostly in Africa and the Far East. It was a part of his life that even many who knew him were unaware of, involving, each year, a month’s work, pro bono, in a variety of challenging locations.

In a tribute on its website, the charity stated that “Gerard was very committed to Vision Aid Overseas and joined assignments as a volunteer to Tanzania, Sierra Leone, Uganda, Ghana and Vietnam starting in the late 1980s and continuing throughout the 1990s, bringing eye care to those who needed it.”

This very notable commitment to developing countries began for Brady when he became a “patron member”, in the charity’s terminology, in December 1987, joining an assignment to Tanzania the following year. In a comment to the charity following her husband’s funeral in Dublin last month, his widow, Antoinette, said he would be “missed so much but the memories and spirit live on ... VAO meant so much to him and the assignments were such an important part of his life overseas.”

Brady’s emollient qualities as a politician didn’t preclude him from being assertive when he saw fit. As a young city councillor on Dublin Corporation (now City Council) in the 1970s, he stood apart from his Fianna Fáil colleagues in opposing the corporation’s controversial plan to demolish Wood Quay and build its new offices there. In the relevant vote at council, Brady abstained. Later, as a TD and particularly as a minister of state at the Department of the Environment in 1982, he played a prominent role in supporting legislation to combat litter and, especially, the then very serious problem of air pollution in Dublin, speaking at community-based meetings and supporting clean air legislation in the late 1980s. He was also a strong advocate, one of the first, of Neighbourhood Watch in this country.

Although remaining loyal to whomever was the leader of Fianna Fáil during the heated controversies surrounding the leadership of Jack Lynch and then Charles Haughey in the late 1970s and early 1980s, and keeping his distance from the then-emerging Progressive Democrats, he, perhaps pointedly, refused to serve in Haughey’s shadow cabinet after the 1983 general election, despite having served a very brief period (October to mid-December) as minister for education in Haughey’s third cabinet in autumn 1982.

Outside of politics, Brady was a keen student of numismatics, becoming an expert in Hiberno-Norse coinage, and, as a long-standing member of the Numismatic Society of Ireland, was chosen to open that organisation’s 14th International Coin Fair at the RDS in 1983. At school in St Mary’s College, Rathmines, he excelled at athletics, becoming Irish junior pole vault champion. There he also began a lifelong passion for astronomy, buying his first telescope aged 12.

Brady came from a political family. His father Philip, “Pa” Brady, and mother, Kitty, were for decades involved in Fianna Fáil. Pa was a strong supporter of Seán Lemass and serving as TD for the old Rathmines constituency. Philip Brady was by profession a pharmacist and operated a well-known chemist’s shop at Kelly’s Corner on the South Circular Road in Dublin, above which Gerard established what was to become a thriving optician’s business. Both enterprises very much assisted in keeping their proprietors in touch with the local communities nearby.

Gerard Brady is survived by his widow, Antoinette (nee Freeman, a travel agent in her professional life), and their children, Natalie, Cormac, Ciaran and Brian. He is survived also by his brothers and sisters Colm, Una, Desmond, Frank and Fergus. His brother Phillip predeceased him.