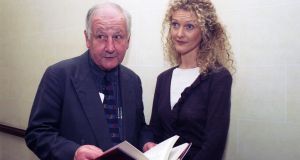 Muiris Mac Conghail, broadcaster, documentary-maker, writer and lecturer, who has died aged 78 after a long illness, greatly influenced and guided the coverage of current affairs by RTÉ television in its first decade while still only in his 20s, while later having a turbulent time as controller of programmes.

Some of his ground-breaking programmes on politics enraged the Fianna Fáil governments of the day, and a tribunal into the making of one curtailed his role in the front line of current affairs. Later he had a significant role as an award-winning documentary-maker and writer, particularly about the Blasket Islands, drawing on his authority on Irish language and culture.

After training as a producer at BBC he joined the new television service RTÉ in 1964. He broke into current affairs producing Division, which later merged into the 7 Days current affairs programme. Politicians were rarely interviewed on TV then, and it required arm-twisting by the new controller of programmes Gunnar Rugheimer and producer Mac Conghail to persuade the Fianna Fáil government to allow ministers and TDs to be interviewed.

In 1968, 7 Days transferred from RTÉ’s programmes division to the direct control of head-of-news Jim McGuinness; Mac Conghail later wrote “the change in editorial control was the direct result of pressure from Fianna Fáil”.

Nevertheless 7 Days embarked on a series of hard-hitting investigations. Government plans for a referendum to change from PR voting to a first-past-the post system were fatally damaged when a programme by Trinity political scientists David Thornley and Basil Chubb forecast the move might well result in indefinite Fianna Fáil rule.

Angry ministers got their revenge two years later when the Cabinet voted for a sworn public inquiry into a 7 Days programme on illegal money-lending; the terms of reference showed more concern for how the programme was made, with novel use of hidden microphones and re-enacted scenes, than its coverage of money-lenders’ strong-arm tactics and apparent Garda indifference.

After 59 days the tribunal’s report criticised the programme’s “authenticity” and journalistic methods. Reporter Bill O’Herlihy was transferred to sports, and Mac Conghail moved to RTÉ Radio in Henry Street, heading up radio features and current affairs.

Mac Conghail was ambitious, and was tipped by some as a possible future director general; he wouldn’t have demurred. He could make enemies with his direct approach.A champion of public service broadcasting, he regularly faulted successive governments for not indexing the licence fee to inflation.

While Mac Conghail was “one of the most distinguished telecasters in the country and a first-class mind”, O’Brien comments humorously in his Memoir that he might have been put off by the proposal coming from “the wife of the most notorious leaker in the Cabinet whose activities the new director would have to police”.

Mac Conghail had ambitions to transform the official information services. He ran into trouble briefing the press at the Sunningdale negotiations on North-South relations. According to O’Brien, he gave a press conference “slanted to the detriment of the unionists who were furious”. O’Brien understood how someone brought up a nationalist could do this “but I told Muiris this approach would not serve in the new conditions”. Muiris “fully took the point and we never had any further divergence of view about it”.

According to O’Brien, he and Mac Conghail had the “common objective to see that the coalition did not break up… we worked closely together throughout the remaining years of the coalition government and became close friends”.

In fact Mac Conghail left in 1975, two years before the end of the coalition. He applied for controller of programmes at RTÉ, but was offered a consolation prize as head of Raidio na Gaeltachta and assistant to the director-general.

Two years later he did become controller of programmes and oversaw the highly successful Strumpet City. He ran into trouble, however, over the drama series The Spike, with protests about a scene with a nude artist’s model. The series was axed by director-general Oliver Maloney, but when Mac Conghail disagreed with this decision in a letter, the RTÉ authority rebuked him, saying his judgment was “idiosyncratic in editorial matters”. The authority questioned his “loyalty” to the director-general.

Mac Conghail thought the programme had many faults and some of the criticism was well founded, but he later said RTÉ made two mistakes with The Spike: first putting it on, and second taking it off, John Bowman notes in Window and Mirror: RTÉ Television 1961-2011.

Mac Conghail said if he had made a mistake he regretted it, but was moved from controller to head of features after he turned down director of television productions.

Three years later he was back as controller, a promotion that attracted much media comment and an anonymous Sunday Tribune profile saying “Mac Conghail has not just been restored to the position of influence and authority he occupied three years ago, but to a level of moral and political sway higher than he has ever had in broadcasting”.

It did not turn out quite like that. He had feared lack of resources would make his job difficult and so it proved, as news and current affairs, especially Today Tonight, took an increasing proportion of budget. He produced an award-winning documentary on the Blasket Islands, Oilean Eile, but, frustrated by cuts in station resources, resigned in June 1986, and set up his own film production company.

He also wrote books: The Blaskets: A Kerry Island Library, The Blaskets: People and Literature, and Aghaidheanna Fidil agus Púicíní, about the scholar George Thompson’s relationship with the Blaskets.

His son Fiach Mac Conghail, former director of the Abbey Theatre, has said of his father: “The work of his parents meant that the landscape of the west of Ireland influenced him greatly. That also informed a lot of his work, especially his documentaries about the Blaskets and the Aran Islands, and about John B Keane and Tony O’Malley.

“Those four works manifested his understanding of language and seanchas [the oral tradition]. Landscape is important, but he also understood that the landscape was nothing without its people, its language, literature and oral traditions.”

From 1993 until he retired in 2006 he taught journalism at Dublin Institute of Technology, where his former students described him as a brilliant and inspiring lecturer, full of insight and knowledge, with a “guerrilla style of teaching”.