I'm obsessed with making the most of summer. Could it be genetic?

Planning skills of a world leader are needed for all the concerts, matches and family barbecues 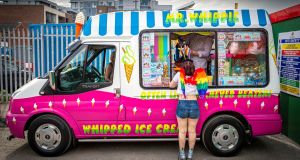 ‘This summer I could compare my social life to a game of poorly-played Jenga, where I keep pulling out the sticks of stability in the hope of victory, until the whole thing eventually falls in on itself.’ Photograph: Marc O’Sullivan

Summertime tends to light a feverish impulse in me to over-extend my social life to the point of implosion. Festivals, concerts, surfing trips, family barbecues, school reunions, weekends away, Roscommon matches, Galway races, work drinks in the sun and, oh, maybe a cheap flight to somewhere as well.

I find myself planning to the point of a presidential visit before realising that I have neither the deep pockets nor the co-ordination of a world leader on a whistle-stop trip.

My obsession with making the most of the long summer days was instilled in me by my mother and her sisters, and maybe even my granny, too. Come to think of it, it could be genetic.

Not a minute was wasted, and looking back now, I cannot thank my mother and her sisters enough for that. I also have a new-found respect for their dedication to the cause

When we were children, there wasn’t a fine day let pass without us being whipped off to a beach, or a park, or a swimming pool in a shed. The pace was frantic, and only gathered speed when cousins were thrown into the mix.

We went on last-minute excursions to Enniscrone, Strandhill, Kilmovee pool, and Lough Key Forest Park. We spent weeks at our uncle-in-law’s hometown of Dunfanaghy in Co Donegal, surfing and tunnelling moats in the sand and eating vinegar-sodden chips at the Shandon Hotel.

I was sent to swimming camps in Dublin, where evenings were filled with shopping trips to Penneys, Dublin Bus spins into town with older, cooler cousins, and similarly salubrious urban pursuits.

Not a minute was wasted, and looking back now, I cannot thank my mother and her sisters enough for that. I also have a new-found respect for their dedication to the cause. Summertime meant action, and they gave it to us with both barrels.

I wish I could say I was as good at it as they are. This summer I could compare my social life to a game of poorly-played Jenga, where I keep pulling out the sticks of stability in the hope of victory, until the whole thing eventually falls in on itself.

This is where I found myself a couple of weeks ago anyway, having book-ended my week of work with two concerts, a night out, a weekend visit from friends and a day in Salthill watching Roscommon beat Galway. It was a great week, but there was no doubt something had to give or I wouldn’t have the money or energy to make it through to Monday.

I decided I would sell my tickets for George Ezra at Malahide Castle, feeling like a bit of a failure for not being able to power through but also very sensible for having a little foresight. Life is all about acceptance.

I put them up for sale on DoneDeal, and within minutes my phone was depleting in battery from all the texts and calls. I went with the first person who texted, a woman called Aoife, who I assumed was someone just like me, looking to fill out her summer schedule.

For this reason, I didn’t hesitate in negotiating, in telling her that I would only save the tickets until the following day because I had a list of people as long as my arm looking for them. Had I known who Aoife actually was, and who she was buying the tickets for, I would have been much less astute with my assets.

She arrived to my apartment, on time and eager to secure what must have seemed like gold dust to her, with a beaming smile. She gave me a hug, whipped out a wad of cash and thanked me, profusely, for taking it from her.

She was nervous about the back-street dealing, but took a punt on it anyway. Like many of the world’s great negotiators, she was weighing me up while charming me at the same time. Her words of thanks and her concerns over fraud sat so comfortably, so genuinely, together.

Then, her daughter came bounding out of the car, and nearly floored me. She ran from car door to kerb to wrap her arms around my knees and tell me how much she loved me and how this would be the best 10th birthday present ever.

I was taken aback by the flattery, lifted by her happiness, and embarrassed at my own listlessness next to her vibrance. Like mother like daughter, I thought. If only you could bottle that buoyancy, save a little slice of it for the bad days and ration it out on the good ones.

I waved them goodbye with a very real sense of serendipity. They lifted me, and I remind myself of them still, of their happiness and how deserving they were of George. Little did he know that the Pretty Shining People he wrote about in his music were standing in front of him in Malahide.