In June 2009, a man calling himself Peter Bergmann checked into a Sligo hotel.

Five days later his body was found on Rosses Point beach. Despite thousands of hours of police investigations, his true identity remains unknown.

In a three-part podcast, Irish Times Senior Features Writer Rosita Boland explores in detail the decade-long mystery of a man who came to Sligo to disappear

For a decade, the Sligo gardaí and Interpol have worked together to try to find out who the man calling himself Peter Bergmann really was. Nobody has ever come forward to identify him and he lies buried in an unmarked grave in Sligo. Will we ever find out his true identity?

It became clear that the man calling himself Peter Bergmann had deliberately chosen Sligo as a place to come to disappear. He gave a false name and address at the hotel. He secretly disposed of his possessions. Everything pointed to a plan to vanish into the Atlantic at night - but the autopsy revealed more hidden secrets. Third and final epidosde available June 17th.

In June 2009, the body of a man was found washed up at Rosses Point beach in Co Sligo. He had checked into a Sligo hotel five days previously. No one came forward to claim the body and the Sligo guards gradually realised they were dealing with a mystery. Second episode available June 16th.

Ten years after a man calling himself Peter Bergmann was found washed up on a Sligo beach in Ireland, his true identity remains unknown. Atlantic is the story of a man who set out to disappear 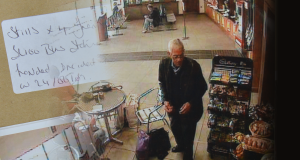 Ten years ago a man was found dead on Rosses Point beach. Who was he?