Road test: Trying to turn an SUV into a coupe just doesn’t work - except when it does 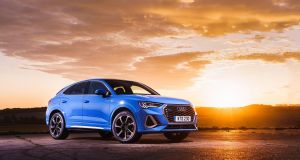 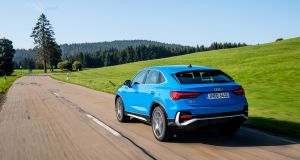 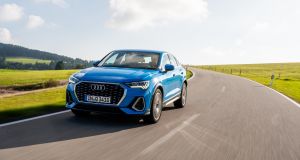 The cognitive dissonance is just doing my head in… You see, first off, in general, I’m not a fan of SUVs. Oh sure, there are some good, and some less good, but overall I’d prefer a good estate or a hatchback if it were my own money going down on the table. On top of which, I get really, really annoyed - to the point of itchy teeth and randomly clenching fists - when car companies chop part of the rear structure off of an upright SUV model and try to convince us that it’s a coupe.

No. No it isn’t and stop trying to fool us that it is. These are two things that should not go together, no matter how careful the stitching of your automotive Dr. Moreaus might be.

All of which I’m now going to have to write down on some rice paper and actually, physically, eat my own words because here is the Audi Q3 Sportback - every inch the SUV trying to masquerade as a coupe - and I actually don’t mind it. In fact, I actually like it.

I suppose it helps that the standard Q3 is such a thoroughly decent car. It’s a simple enough recipe. Take the chassis and running gear of the A3 hatchback and give it a vertical stretch. Bung in a nicely-made, aesthetically-pleasing interior, give it some decent dynamic responses and a big boot and, whaddaya know, not a bad car at all.

Theoretically, taking an angled hack out of the back end of the relatively upright and sensible standard Q3, as if with some cake slice of the Olympian gods, should undo much of that good work, in both aesthetic and existential senses. After all, the whole point, surely, of an SUV is that it’s practical. Hell, that’s what the U-in-SUV stands for; utility, and this is demonstrably less utilitarian. From a looks perspective, it rarely works well either. I know, eye of the beholder and all that, but put a BMW X6 next to an X5, or a Mercedes-Benz GLE Coupe next to a regular GLE and tell me which are the better-looking cars. If your answer was X6 or GLE Coupe then you are wrong. Sorry, not sorry.

The Q3 Sportback, though? Dare I say it, but it’s not only not bad, it actually might be good. Maybe even really good. Maybe even - and I’m having to clench several rarely-used critical muscles to squeeze these words out - it’s the way the Q3 should have looked all along?

The regular Q3 looks handsome, but unassuming. A little bland from some angles, if we’re honest. This Sportback, though? The drop in the roofline emphasises the rear haunches and if you’ll give me a second to put on my black polo-neck and heavy-rimmed glasses, it looks more animalistic, more hunched, more ready to pounce. It’s… really nice?

It probably helped that our test Q3 Sportback was shod with gorgeous aero-style 20-inch alloy wheels and the chunky S-Line sporty bodykit. Mind you, they’d want to - the wheels alone added €1,890 to the price tag. Aestheticism costs, clearly. The as-tested price of our car had ballooned from a basic model’s €40,400 to a more senior €54,765. That is in the same ballpark as a larger, seven-seat, roomier, Land Rover Discovery Sport.

The cabin’s nice, though. I mean, the standard Q3 cabin is nice, and is a classic demonstration of why Audi’s doing it wrong on its larger models with the multiple touchscreens. This Sportback had a nice, big digital screen for the instruments, another large, crisp-looking screen for the entertainment and navigation, and actual, real, physical controls for the ventilation and heating. Which is right and proper. Please, Audi, just fit this cabin to all your cars.

It helps that the Q3 Sportback is actually pretty roomy inside, too. In spite of the haircut, there’s decent legroom and headroom in the back, and under the luggage cover there’s a very healthy 530-litres of boot space, the same as you get in the regular Q3. The only practical trade-offs are less rear headroom (the roof is 49mm lower, but the rear seat are a little more reclined than standard, so the overall loss isn’t as great) and a diminution of the seat-folded boot capacity from 1,325-litres to 1,280-litres. Tolerable, I’d say.

Less tolerable is the racket from the engine. Audi clearly hasn’t gotten the memo about diesel engines becoming quieter (or at least the Q3 hasn’t been taking lessons from its bigger brother, the super-refined A6) and the 35 TDI diesel engine, 2.0-litres and 150hp of it, makes a massive amount of grumbly, rumbly, noise. Better by far to go for the smoother 1.5 TSI petrol, I reckon, which only exacts a small fuel economy penalty.

At least the Q3’s chassis remains undimmed in its general goodness. It’s not the sharpest of SUVs to drive, but the steering feels confidence-inspiring, front grip and traction are good, unless you try to plant all 380Nm of the engine’s torque coming out of a tight junction, and miraculously those 20-inch wheels don’t leave the Q3 with a bone-shaking ride. It’s actually pretty comfortable.

It’s actually pretty, too. And no, I still can’t believe I’m saying that.

Verdict: This should repel us. It attracts us, instead.