Forgotten siblings: living with a sibling with special needs

When your brother or sister has special needs, home life can be a challenge 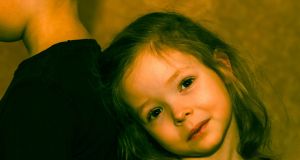 Children want to help with their sibling with special needs, but they also want a normal family life. Photograph: Thinkstock

It’s tough to have to explain to friends that rooms in your house are locked because of your sister. And it’s not easy seeing people stare when you’re out shopping as a family.

But for the Dunne siblings that’s life, because their nine-year-old sister Tessa has a profound intellectual disability.

When you are dealing with special needs in the house, it is a much harder road for siblings than for their peers, says Emma Dunne, the mother of Isobel (14), Griffin (11), Rory (eight) and Tessa.

“God help them if they leave something out like a phone, it could end up in the toilet. It’s not malicious; she’s [just] not careful. She jumps on things – I went through three kitchen tables last year.”

Out on the street with Tessa, “they see people staring, making comments and openly mocking. I am actually shocked how awful people can be,” says Emma. She doesn’t want her children to feel any shame and tries to give them the tools to be able to say that Tessa has autism and her brain works differently from others.

After a diagnosis, she points out, services focus on the affected child and, occasionally, try to do something for parents if they appear to be at breaking point, but rarely is attention paid to the siblings for whom “this is a really hard thing to go through as well”.

Living in Balbriggan, Co Dublin, Emma is delighted that the three of them have been able to attend a sibling-support programme, Sibshop, run in Drogheda, by Autism Support Louth and Meath. Although her eldest, Isobel, no longer goes to the monthly sessions, “she is still reaping the benefits”.

Within that group, children are able to share experiences with peers who will understand. “They realise they are not alone, that there are other people going through this as well.”

Isobel became very good friends with two other girls at Sibshop and Emma knows that her daughter now has an outlet at the other end of the phone if something distressing happens.

“When she’s really upset, they are key to getting her to calm down and understand she is not alone.” Having this link is important, Emma says, because Isobel’s other friends may not understand; they would be likely to get caught up in the details of what happened, as opposed to how she feels about it.

Sibshops, such as the one in Drogheda for children aged seven to 13, are an initiative of Irish Autism Action (IAA). They are led by Olive Whelan, who trained at St Joseph’s University, Philadelphia, in 2011 to deliver this sibling-support programme, which was devised by Don Meyers.

Each session is a “fun-filled activity”, she explains, within which there are therapeutic elements. She checks in with each child to see if they are having any issues.

“It is the social and emotional intelligence that I really tap into – their resilience and their coping skills,” says Whelan, who is a trained teacher and therapist, and gives feedback to parents after each session.

An example of what the children experience was one girl’s family outing to Tayto Park. While they were on the way, her sibling, who has additional needs, had a “meltdown”.

“The parents got very stressed and decided they were going home,” says Whelan. “The [other] child can’t say anything, they can’t say, ‘That’s not fair, what about me?’ because they are the good child.”

Typically, family holidays can be at best difficult, or at worst impossible, if the child with additional needs can’t go on a plane or sleep in a bedroom that’s not their own.

The Sibshops that Whelan runs regularly in five centres around the country were initially offered to siblings of children on the autism spectrum but are now open to families of children with any sort of disability. The issues for the sisters and brothers are much the same.

Sinead Moran, specialist liaison nurse manager with the Jack and Jill Children’s Foundation, has researched the impact of having a brother or sister with a life-limiting condition. It brings “happiness and sadness”, she says. Children want to help with their sibling but they also want a normal family life.

Her review of relevant international studies, for her thesis for a Master’s degree of science in children and young people’s complex needs and palliative care from Coventry University, also found that they feel anger and jealousy – that mum or dad is always with the sibling with additional needs.

“They didn’t want to be angry and they struggled with that,” says Moran. They also worried about their parents and, if upset, would rather talk to other people, for fear of adding to their parents’ burden.

Siblings also said they wanted to meet others in a similar situation, through residential camps or other activities.

Wanting more time with mum and dad is something that crops up frequently at Sibshops, says Whelan. “It doesn’t have to be a half-day,” she tells parents. “Schedule in a concerted effort – even if it is just 20 minutes to read a story.” The child just needs to know he or she will have the parent’s undivided attention.

There can also be a layer of anger among children because their friends have “normal” families and don’t have to cope with what they experience in their own homes.

“They compare the outside situation with how they are feeling on the inside and that might be where the upset is,” says Whelan, who also encounters “survivor guilt”, where one child is affected and not the other.

Just by sending children to Sibshops, parents are saying that they know it’s hard for them and that this is a special time for them, says Jacinta Walsh, who facilitates classes with Whelan in Drogheda.

Walsh is the mother of two boys, Sam (16), who has severe autism, diabetes and coeliac disease, and George (14). Sometimes it is not possible for George’s friends to come to their home.

“If Sam is going through a bad phase, it is actually not safe for anyone to be here. At all times either I or my husband has to be with Sam,” she explains. “You try not to let it take priority but sometimes it does.”

As parents, they get great support through networks of people in similar situations and the siblings need the same, she says.

After all, it is sisters and brothers who are likely to have the longest relationship with the child with additional needs and, as adults, be involved in a guardianship, overseeing role.

Walsh says George never gets angry with Sam, even when something gets broken. “He understands it was not on purpose.” He is extremely patient and very proud of his older brother.

“It is hard for George, there is no two ways about it,” she adds. “He sometimes asks do I wish Sam didn’t have autism? I do of course but we just have to suck it up.”

The fact that children want to keep coming to Sibshops over several years is proof of their need.

“I work them hard, cognitively and emotionally . . . but they are coming back to talk more about what it’s like. And it’s not a whingeing session,” Whelan says. “There is a lot of humour and well-placed laughter.”

When one child during a session recounts an incident with a sibling and others pipe up “That happens me too,” she knows it’s working, allowing these children to bond by sharing experiences.

For more information on Sibshops, contact Olive Whelan on 086 886 9446 or email okwhelan@gmail.com