Be careful, country life could kill you

When you you look at trends, urban life expectancies are increasing at a faster rate than rural lifespans 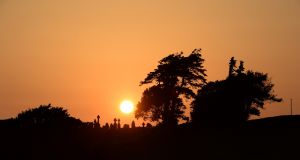 For downsizing city dwellers, the property pages of The Irish Times during the summer months offer an alternative life of bucolic bliss, courtesy of ivy-framed cottages. Meanwhile, many younger people brought up in the country cannot wait to explore the opportunities of big city life. But when it comes to our health, which is better – urban or rural living?

A reflex response might focus on the clean air and less stressful pace of the countryside being more conducive to health. In England, statistics back up this supposition; urbanites die younger than their country cousins, with an 18-month gap for men and a 12-month shorter life span for women. But in the US the numbers work the opposite way: people in American cities live longer by about two years than do rural dwellers.

When you you look at trends, however, on both sides of the Atlantic, urban life expectancies are increasing at a faster rate than rural lifespans. So the equation is clearly more complex than the health-inducing properties of fresh air.

As for stress, scientists have shown that the area of the brain that responds to outside threats, the amygdala, is most active in people who live in cities, slightly less active in town dwellers, and least “bothered” for those who live in the countryside.

But life expectancy differences can be even more parochial, as Glasgow GP and BMJ columnist Margaret McCartney, has pointed out. “In Glasgow, in common with many cities, life expectancy varies markedly among neighbourhoods. Men live for an average of 73.1 years in poorer areas such as Ruchill and Possilpark but an average of 84.3 years in the wealthier Kelvinside,” she says. And this 11-year gap is magnified again by healthy life expectancy – the number of years a person is alive but also in reasonable health.

Traditionally, poverty meant fewer choices when it came to a healthy lifestyle. But there is an alternative view that good health is a way out of poverty – for both city and country dwellers.

Brushing aside the rose-tinted view of bucolic rural bliss, what factors associated with country living work against good health? Access is the major rural health issue. Even in countries where the majority of the population lives in rural areas, resources are concentrated in the cities. Add in poor transport, greater stoicism and the challenge of shortages of health professionals in rural areas, and it is unsurprising that health may be given a low priority. In more remote areas, medical services and hospitals are seen as last resort options.

In general, the rates of avoidable, accidental deaths in rural and remote areas are higher than in the cities. Farmers and fishermen face unique hazards; work injuries tend to be more severe in rural areas, as annual reports from the Health and Safety Authority attest. There are some illnesses which are peculiar to living and working in rural areas, including infectious diseases spread by animal vectors.

Writing in the American Journal of Preventive Medicine, Dr Gopal Singh notes that cardiovascular disease, chronic lung disease, and lung cancer explained 70 per cent of the rural-urban difference in life expectancy in the US from 2005 to 2009. “When compared to urban areas, rural areas have higher rates of both smoking and lung cancer, along with obesity, yet reduced access to health care services,” he says. And with 83 per cent of people living in urban areas in the US, there is an ongoing temptation to take public health resources away from rural communities.

As the Government actively considers the creation of a purpose-built new city in the midlands and northwest, the “healthy towns” concept must be part of its deliberations. Accessible green spaces, fast-food-free zones near schools and “dementia friendly” streets are just some of the ideas that could contribute to healthy life expectancy in the future metropolis.

Want to avoid the wonky first pancake? Here’s how ...
7