The Cork woman who inspired radicalism from Ireland to Russia 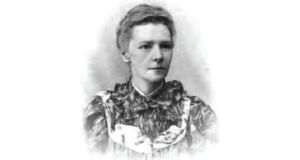 In 1955, a Soviet delegation sent a cheque to the New York apartment of a 90-year-old Irish author, translator and composer. At the time, the Soviet Union did not make royalties payments, but for this writer an exception was made. Ethel Voynich was author of The Gadfly, one of the most widely read and influential novels of the 20th century, particularly in the USSR and China.

Born in Co Cork in 1864, daughter of mathematicians Mary Everest and George Boole, Voynich was described as a sickly and sensitive child. Her father died when she was just eight-months-old, so her mother supported the five children by working as a university librarian and mathematics tutor in London. The influence of the intellectualism of her childhood home is clear in her decision as a 15-year-old to only wear black in mourning for the state of the world.

Having lived and studied in Paris and Berlin, Voynich returned to London an atheist and political radical. In 1955, she recalled: “The assassination of Alexander II in March 1881, when I was not yet 17-years-old, made a huge impression on me”. She was curious to know the truth of reports of repressive conditions in Imperial Russia. The suffragist and Fabian socialist Charlotte Wilson introduced Voynich to the exiles Peter Kropotkin and Sergei Stepniak-Kravchinskii - the latter taught her Russian, and she found his writings revelatory. She departed for Russia in April 1887, working as a music teacher and helping the families of political prisoners. She met tsar Alexander III while teaching English and piano at Venevitinov Palace, near Voronezh, later recalling that “we could not stand each other”. Her two years in Russia are recorded in her semi-autobiographical novel, Olive Latham.

Returning to London, she joined the committee of the Society of Friends of Russian Freedom and became editor of its journal, Free Russia. She was a gifted translator and worked tirelessly, publishing Ukrainian folksongs and translating Stepniak’s works, including his book, Nihilism as It Is. Demonstrating mutual respect, he wrote the forewords to two of her anthologies of Russian writing.

It was through Stepniak that Ethel met her husband, Wilfrid Voynich. This colourful character was co-founder of the Russian Free Press Fund, for which she worked tirelessly. The apothecary’s assistant was exiled to Siberia for fundraising and disseminating illegal literature for the Polish Social Revolutionary Party. He escaped and made his way from Siberia to London in late 1890.

In 1897, Voynich published The Gadfly, a novel that gained tremendous currency among Russian socialists and was translated into Russian within a year. It sold millions of copies worldwide. By the 1940s, it had been translated into all 18 languages of the USSR as well as Chinese, and a film adaptation with a score by Dmitri Shostakovich was released in 1955. Voynich went on to publish other novels, but none had the same impact as The Gadfly.

During the first World War, Wilfrid Voynich left London for New York, becoming a rare-book dealer. Ethel remained in London until 1920, volunteering with the Quakers. In New York, she devoted herself to music teaching piano and composition, publishing a translation of Chopin’s Letters, and writing cantatas. Then, in 1945, she published Put off Thy Shoes, her final novel and a prequel to The Gadfly. Perhaps the wartime alliance between the USA and USSR recalled to Voynich her former radical days, as she returned to another earlier project during this period - in 1948, she completed a cantata dedicated to the memory of Roger Casement that she had originally drafted as a response to the execution of the leaders of the 1916 Rising. The composition sums up the transnational basis of her revolutionary politics, uniting Irish and African independence, and informed by her background in revolutionary politics. It can be no coincidence that the piece was completed on the centenary of the 1848 revolutions across Europe, events that inspired her first and most enduringly important work.

The Gadfly was more than just a best-selling novel in 22 languages. It was informed by Voynich’s experiences as an operative for underground organisations, and by her deep understanding of the transnational historical contexts of radical and reformist political movements. The book’s summoning of the independence movements of the 19th century ensured its broad appeal, registering with Irish nationalists and inspiring communists worldwide for decades.

This Extraordinary Emigrants article was written by Dr Angela Byrne, inaugural DFAT Historian-in-Residence at EPIC The Irish Emigration Museum in Dublin’s Docklands. Dr Byrne will deliver a free public lecture on Voynich on Thursday, October 10th at the museum. Details available via Eventbrite.