Q+A: Is there any special treatment at all for Irish people? What are the barriers to getting a green card? 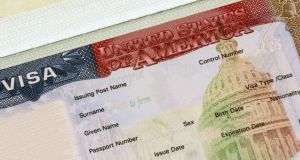 What is the current situation with moving to America?

The holy grail for those hoping to move to the US long-term is the green card and permanent residence status, but in addition to this, there are about 35 other types of employment visas and work permits available.

The range of US employment visas cover most types of employment situations, from trainee internships to professional entrepreneur and expert positions. Unlike the green card, which confers permanent residence status, employment visas are time limited and usually employer and job specific.

So what are my main options?

Aside from the J-1 visa programme for students and recent graduates, Irish citizens only have three main options: to marry an American citizen; get an employer to sponsor them for a H1B visa (which lasts for six years); or the annual Diversity Visa Lottery for a green card - but only about 160 Irish get a green card this way every year. There are also other sector-specific visas such as the I or O visas which apply to workers in certain industries.

What happens if I marry an American citizen?

If an Irish citizen marries an American citizen, they are automatically eligible to file a request for a green card.

Are there any barriers to getting a green card in this situation?

James O’Malley, a New York based immigration lawyer originally from Limerick, says there are about “30 different contingencies” examined, including criminal convictions.

What if I have married an American citizen and have been living in the US. Can I apply for citizenship?

Is there any special treatment at all for Irish citizens?

Not at the moment. During his visit to Co Clare last month, US president Donald Trump said he had intervened with those blocking the stalled E3 visa scheme.
Arkansas senator Tom Cotton blocked the E3 Bill that would have allocated a proportion of visas - currently only available to Australians - to Irish citizens.
“I spoke to the one vote - who’s a great senator, by the way,” he said. “And we think we’re going to be successful. “He [Cotton]doesn’t mean to do any harm - that I can tell you. He was telling me he loves Ireland, actually. So I think we’re going to be in good shape.”

How do people become US citizens at birth?

To become a citizen at birth, you must have been born in the United States or certain territories or outlying possessions of the US, and subject to the jurisdiction of the United States; or had a parent or parents who were citizens at the time of your birth (if you were born abroad) and meet other requirements.
To become a US citizen after birth you must apply for “derived” or “acquired” citizenship through parents or apply for naturalisation.

What about visiting the US in the short-term?

What happens if I overstay my ESTA visa?

Mr O’Malley said that overstaying under the ESTA visa “automatically renders a person deportable”
“The bottom line is if a person overstays the ESTA they are in danger of being immediately deported and deportable . . . A person who uses ESTA, they waive any right to mounting a defence to deportability,” he says.

Billie Eilish: Her stance that her body is not public property is still a radical act
Real news has value SUBSCRIBE