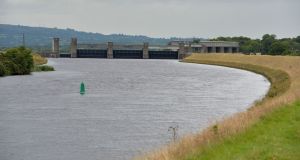 The drought of last year may already be a distant memory, and summer 2019 may, until now, have been noted more for rainfall than sunshine, but Ireland’s precarious water problems continue to surface.

Experts say there is insufficient resilience in the system to ensure supply in the face of emerging threats.

Dublin’s capacity to maintain supplies is on a knife-edge. The system continues to leak close to 50 per cent of its supplies, which are treated at considerable cost. And if Irish Water has its way, by prioritising other investment, an exceptional level of leaks compared to any modern European city will continue for many years.

The public utility is banking on a solution that is controversial and expensive – piping water 170km from the river Shannon, which comes with a price tag in excess of €1.3 billion, and is in a cost category similar to the national children’s hospital. There are concerns also about switching from over-reliance on the river Liffey, which supplies 80 per cent of water in the Dublin region, to an over-reliance on the Shannon, which is intended to supply 40 per cent of Irish households concentrated in the eastern region by 2025.

The water delivery system faces a period where the combination of population growth concentrated along the east coast – Dublin’s population is predicted to increase by 640,000 before 2040 – and climate disruption will present immense challenges. Relying on one solution may not make the system able to react to extreme droughts, predicted to hit the eastern half of the country with more frequency.

England is set to run short of water within 25 years, the head of the UK Environment Agency warned recently. Sir James Bevan said the country was facing “the jaws of death” – the point where water demand from the country’s rising population surpasses falling supply resulting from climate change.

While the expression was deployed for dramatic effect, it is one known all too well by water utility companies. It could only be avoided by ambitious actions to cut people’s water use by a third and leakage from water company pipes by 50 per cent, Sir James said. Big new reservoirs, more desalination plants and the ability to transfer water across the country would also be essential to reversing those trends.

Water specialists here say Ireland has the advantage of good quality surface and ground waters. However, these have a limit, says Maynooth University climatologist Dr Conor Murphy. The highest population density is where surface waters are least available, he notes – along the water-stressed east coast.

Dublin as a consequence is a city “just about meeting average demand”. It does not have to be an extreme weather event such as a drought to tip it into crisis, he says.

The capital had two close calls in recent years – the cold snap of 2010 which triggered numerous pipe bursts and last summer’s drought when it was clear capacity was insufficient. “We were lucky the drought ended when it did.”

Moreover, Dublin has experienced the dire consequences of drought, says Murphy who specialises in analysing weather patterns going back hundreds of years. In 1893, there was a huge failure of water supply in Dublin and related sewage problems caused by prolonged drought. “Essentially, the water supply system has not changed much since 1893.”

Factor in climate disruption and the situation becomes more perilous. Drier summers mean “modest to large” reductions of water. “The challenge is to build resilience in the supply system.”

This requires a combination of measures including leakage reduction. It is notoriously costly to get less than 20 per cent leakage in the system, and Murphy accepts some good work is being done by Irish Water in this regard. However, it has set itself a mains replacement target of just 1 per cent per annum, meaning some pipes will not be touched for another 100 years.

Water efficiency and recycling have to be part of the mix. Greater connectivity of systems and new sources are vital, especially as UK studies show climate change increases demand, as temperatures increase and there is less rainfall to supply the resource. For Ireland, there is some consolation; wetter winters could provide additional summer capacity with new storage options.

Some hard decisions are needed, many of them political, Murphy adds. “During times of shortage, who gets priority? That has to be resolved. Drought events leave an island-wide fingerprint.”

A particular difficulty arises when different regions are impacted at the same time, as happened last year when the Shannon and the Dublin region were stressed concurrently.

Murphy says he is not favouring one new water source over another. He prefers to emphasise “the system is at capacity, the response needs to be strategic and multi-faceted that deals with supply and demand issues.

“Climate change is one pressure among others and it is questionable if the system could even deal with climate variability of the past. All strategic infrastructure needs to be stress-tested to the range of possible climate change to ensure a climate-resilient Ireland.”

The long-term lack of investment is obvious, and is compounded by the public emotions tied up with the issue. “It gets very political, very quickly,” Murphy remarks.

She acknowledges Irish Water’s leakage plan but says there is a lack of emphasis on water reuse and recycling now evident across Europe. Best practice is “zero liquid discharge”. It is about managing the resource in a much better way “rather than patching up the system”.

Many progressive utilities and companies are looking at the idea of not discharging any liquid. Water is imported, used in a process and for example used again for cooling, thus embracing the principles of a circular economy. “Ireland is a long way from that.”

Immense sums are spent to treat water for drinking, and then it is used to wash cars or water lawns. “Should we still be doing that?” Regan asks.

“We need to stop looking at wastewater as a waste rather than a resource”.

A big debate is needed on how we reuse “grey water” which is expelled from household appliances or sinks, she adds.

The UK “jaws of death” warning was no big shock. “It’s a finite resource. We cannot continue to use it the way it is,” she says. Dublin, she notes is “just on the border of being able to meet demand”. Outside the capital is a little better with 15 to 20 per cent flexibility.

There are differences with the UK in that we have good quality water. In her view Ireland’s water crux centres on the need for better management and how the resource is used. There an urgent need to recycle and the country simply cannot just continue in a growth mode.

Because water comes from the sky and flows through taps for the most part, there is a perception it is readily available so there is no need to collect it and divert it for other uses. “As the [2018] drought persisted, for a short period people were thinking differently but then it started to rain again,” Regan notes.

“As taxpayers, we should demand water is treated in different ways for different uses”, and get beyond the heated debates about restrictions and penalties. If that transition is not achieved, “there will be a lot more down times” with water shortages like those last summer, Regan warns.

She points to a lack of detailed research of long-term water need. There is broad economic analysis without factoring in conservation and water reuse and recycling. “Until we do, the exercise won’t have been done properly.”

Dublin Chamber head of communications Graeme McQueen highlights another Irish trait – taking far too long to get major infrastructure projects across the line. In bringing the necessary supply on-stream, he fears it may come too late, when major companies planning to come to Dublin seek resilience of supply. He points to a multibillion programme to build data centres in the eastern region that require a lot of cooling and so are “ultilities heavy”.

Dublin City Council warned of the city’s looming water problems in the early 1990s. On lack of progress, McQueen says sometimes short-term arguments are allowed dominate over 50- to 100-year solutions. Because there are so few megaprojects, cost issues can dominate which further slows progress.

The Shannon pipeline, known as the Water Supply Project – Eastern and Midlands Region, “provides the contingency we need”, for the eastern region and towns along the route, McQueen says. “It’s urgently needed and the best solution. We want to see it progressed as soon as possible.

“We cannot continue to shy away from big projects, or we will run into big problems.”

On Tuesday: The case for the Shannon pipeline is challenged

Murmurations of starlings over Lough Ennell