'A country in paralysis': Irishwoman in Britain covering the election for TV

Carol Jordan, head of planning in ITV news, says Brexit is not the main concern for the public 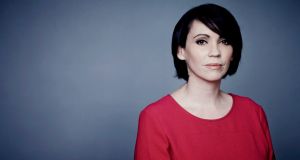 Although we all expected the British government to call a general election, and after the relentless onslaught of votes, delays, political machinations and recriminations, it seemed rather appropriate that 2019 should finish with even more politics. Fatigue? Apathy, anyone?

In the first quarter of 2019, during the lead-up to the first Brexit date (Leave means leave and all that … seems a distant memory), I wrote about how my work had helped me to understand the rationale of the British public when it came to their views on Brexit. I began to be able to paint a picture of a two-track society, communities most affected by austerity and their hopes that Brexit could bring better times. But here we are nine months later, and the UK is still in a state of deal or no deal paralysis.

However, after years of politicians telling people what is best for them, now the public has its own opportunity to speak up and hold those same politicians to account. Many say this is a proxy EU referendum but as with Brexit, my work planning coverage around the election and talking to people up and down the country, I can see that this election is about much more than the UK’s relationship with Europe.

Irish in Britain: How will you vote in the election?

Although it appears the magic money tree has returned and brought some of its magic friends, the ambitious spending plans are chronically needed when it comes to some parts of the country’s public services. Time and time again I’m told that years of austerity has affected schools, hospitals and social care. Ironically, this election is playing out against the backdrop of what could be a fresh winter crisis for the NHS, with recent figures showing that hospital waiting lists are at worst ever levels.

In one community centre in Telford, a marginal seat in the West Midlands, our correspondent spoke to a group of young mums about their views ahead of the election. The word Brexit wasn’t mentioned once. For them, the big issue was the proposed closure of a local accident and emergency unit. In Stoke on Trent, when filming for a report on the parties’ policies on education, another correspondent met a headmistress of a school, which is so cash-strapped that they can’t afford a school caretaker. The pictures need to be put up? She does it. There’s a shelf that needs to be fixed? She gets the hammer out. And for her, even with billions promised by both Tories and Labour for the education sector, she felt it was simply plugging the gaping funding hole that has only widened over the last decade of austerity.

But of course, all of this is not to say that nobody is speaking about Brexit. For many people, it is still a source of frustration, regardless of which side of the divide you lie. I have sent teams to many parts of the country that would normally be considered staunchly Labour constituencies, but which also voted to Leave in the EU referendum. In places like Grimsby and Hartlepool in the North East, we have met with voters who say that they will break with generations of Labour support and consider voting Brexit Party or even unthinkably the Conservatives as they think Nigel Farage or Boris Johnson will be the ones to get Brexit through.

On the other side of the debate, we filmed at a hotel in Cheltenham, a well-heeled area currently held by Conservatives but a Liberal Democrats target as it is a constituency that voted to remain. The irony was that most of the hotel staff were the people leaning towards Lib Dems, while the affluent customers were staunchly Conservative. Quote of the day: “You can’t even go into a butcher these days and find fresh rabbits hanging”.

No. I just hope this election result means that I won’t have to cajole people into talking politics, that half my days won’t be spent trying to decipher what on earth is happening in Westminster and that I never again have to hear “let’s just get Brexit done!”

Carol Jordan comes from Youghal, Co Cork and moved to the UK in 2000. She is Head of Planning for ITV News in the UK.