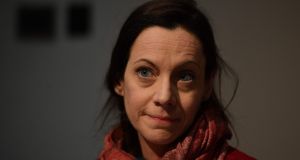 Boris Johnson has accused Jeremy Corbyn of seeking to rig a second Brexit referendum by allowing EU citizens living in Britain to vote. In a letter to the Labour leader on Thursday night, Mr Johnson said the move would add two million people to the electoral register, 90 per cent of whom would vote to remain in the EU.

“Imagine how people will feel if the biggest democratic exercise in our history is overturned because you gave two million EU citizens the power to reverse Brexit. It would alienate millions who already feel disenfranchised and ignored by our political system.”

Labour has promised to negotiate a new Brexit deal based on remaining in a customs union and close alignment with the single market and to put that to a referendum with the alternative of remaining in the EU. The party’s manifesto promises to reduce the voting age to 16 and give full voting rights to all UK residents.

Mr Johnson’s move came after three Brexit Party MEPs resigned the whip to call on voters to back the Conservatives as the best way of ensuring that Britain leaves the EU. Nigel Farage’s party is not standing in constituencies won by the Conservatives in 2017 but is standing in Labour-held seats, including some targeted by the Tories.

Annunziata Rees-Mogg (whose brother Jacob is House of Commons leader), Lance Forman and Lucy Harris said they were resigning because they believed their party was splitting the Brexit vote in key marginals and putting Britain’s departure from the EU at risk.

“We need a strong Leave-supporting government to deliver the Brexit 17.4 million voted for. The Conservatives are the only option for Brexit supporters and democrats alike,” Ms Rees-Mogg said.

She said she had received no approaches from the Conservative party and described as “quite disturbingly old-fashioned” the suggestion her brother tells her what to do with her political views.

Labour’s attempt to move the debate on to its policies to combat poverty, including free breakfasts in schools, was overshadowed by fresh allegations about the party’s handling of anti-Semitism complaints. A leaked submission by the Jewish Labour Movement to a statutory inquiry into anti-Semitism in the party accused Labour of covering up allegations.

One Labour member listed 22 examples of anti-Semitic abuse he faced at branch meetings, including being called a “Tory Jew”, a “child killer”, that he’s “good with money”, “to shut the f*** Jew” and “that Hitler was right”. Sam Matthews, the former acting director of Labour’s governance and legal unit, accused allies of Mr Corbyn of interfering in the process of investigating allegations of anti-Semitism.

A Labour Party spokesperson said the party was not institutionally anti-Semitic and that complaints related to a small minority of members.

“We have significantly reformed our procedures over the past year, including recently adopting a proposal by Jeremy Corbyn for rapid expulsions, which allows individuals to be expelled within a matter of weeks in open-and-shut cases,” the spokesperson said.