F**k, That’s Delicious! Viceland gets ready to invade your television 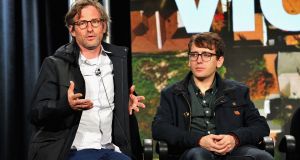 The launch of Viceland is near, and the trailer for Vice’s new 24-hour cable channel makes most other outlets’ programming look lame.

The channel, which launches at the end of February, will cap advertising at eight minutes per hour, and will take over the H2 channel, owned by the A+E Network.

Vice has gone from a cult magazine to a media company valued at $2.5 billion, incorporating the original magazine, websites, a news agency that focuses notably on documentaries, a small book publishing outlet and a record label.

But above all of that, at 22 years old, it arguably offers the clearest voice on youth culture in media today.

Subculture cool
Vice’s mix of astute cultural commentary, aching irony, exploration of subcultures, and a hint of outrageousness stands up thanks to the quality of its output. It’s intrinsic knowledge of youth culture, it’s coolness, it’s credibility and it’s access to presenters who appeal to its audience mean that, when it comes to TV, other channels and programme-makers will be playing serious catch-up.

So, what to expect? Fuck, That’s Delicious, a Vice Records-sponsored monthly web series presented by Action Bronson - already one of the best cookery shows in the world.

Ellen Page is on board for Gaycation, examining LGBT issues across the globe. The terribly named Balls Deep, presented by Thomas Morton, will be “sort of like a foreign-exchange programme, but for subcultures instead of countries”.

There’ll also be a documentary on Compton featuring Kendrick Lamar. Another on carjacking in New Jersey presented by Michael K Williams, best known for his portrayal of Omar in The Wire. Weediquette is a show dedicated to marijuana; Motherboard will examine technology and futurism.

Vice’s documentary strand has always offered its most interesting content. And it’ll be those elements of danger – covering subjects other networks won’t touch, and tapping into what young people actually want to watch – that people will expect from Viceland.

You’d also have to imagine that while running a 24-hour television network is almost old-fashioned in the era of Netflix and Amazon Prime, it’ll also open up production opportunities for new talent and new points of view.

The Call of the Wild: Harrison Ford in one of his most engaging performances
6