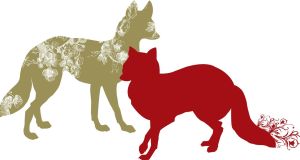 “The foxes hissed at each other and prepared to fight for the den.” Photograph: Getty Images 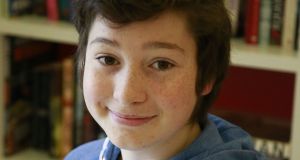 The fox raced through the woods followed closely by the yapping of the dogs and the rhythmic beat of the horses’ hooves.

He was only just ahead of the dogs and was maintaining this lead by ducking and diving under logs and shrubs. The fox knew its den was on the other side of a nearby clearing and realised if he were to run through, the dogs might catch up with him.

He was just about to turn right and go around the clearing, sticking to the cover of the thickets when another group of horses galloped out of the trees, riding straight for the fox. He knew he couldn’t keep running much longer when he realised the dogs were farther back than he had thought. He could either try his luck running through the clearing or he could face the dogs behind him.

The fox was barely out of the tree line when the other group of hunters rode out from the murky woods.

The horses were much faster out in the open than they had been back in the cluttered forest. The fox ran as if the devil himself was on his tail.

By the time the fox was three-quarters of the way through the clearing, the dogs were almost on top of him and the horses were basically tripping over him.

The fox was just about to be trampled by the horses when he dived through a bush and made a run for his den. He just managed to scramble down the shaft before the dogs reached him. The fox turned and peered out its hole at the frantic dogs as the horses caught up.

The hunters dismounted and gazed down the hole. They saw the fox’s terrified face staring back at them.

The main hunter recognised the fox’s markings as the fox who had escaped him last year. He ordered one of the hunters to let the dogs go and they immediately ran over and started trying to squeeze down the narrow shaft.

One of the smaller dogs managed to get its head and shoulders into the hole and started yapping at the fox as it clawed its way closer. The fox turned around in his small hole and crawled out his other tunnel before slinking away through the nearby shrubbery.

He could hear the distant barking of the dogs gradually growing quieter as he headed out of his territory to an abandoned den he knew was nearby.

He knew the dogs wouldn’t be able to follow him there as there was a stream between him and the den, and he knew they wouldn’t be able to pick up his scent after he crossed it. He walked along the dingy path to the abandoned den, crossing the stream and keeping to the bushes the whole way there.

When he finally reached the old den he was relieved, yet cautious, since another fox could have claimed it since the year before when the last fox to own it was killed in the hunt.

He smelt around the hole, checking for another fox’s scent but could only smell a faint trace and assumed it was the old fox. He crawled down the shaft to lay down in the den and was immediately taken by sleep.

He was woken by the far-too-familiar sound of barking dogs and horses’ hooves pounding against the ground.

The fox began to panic, thinking they were there for him before he realised there was only one way out.

Suddenly, the fox smelt the definitive scent of another fox and heard the dogs getting closer. He was prepared to fight the dogs off if they tried to climb into the hole to get him when suddenly the fox he had smelt came shooting down the shaft into the main chamber where the fox sat stunned.

The fox stared at the other fox. She was a whiteish silver with jet-black streaks beginning on her snout and running along her back down to the tip of her tail.

The foxes hissed at each other and prepared to fight for the den.

The silver fox batted at the red fox and lunged forward, failing to tackle him but succeeding in getting behind him. She edged closer, pushing him back to the shaft. He knew if they fought he wouldn’t win and would be forced to try to outrun the dogs while wounded. He saw she was getting agitated so he started to back away when she suddenly snarled and leapt forward, forcing him to turn and scramble out the exit tunnel.

He emerged from the tunnel mouth and immediately heard the barking of the dogs getting closer. He turned and ran in the opposite direction. He was quite a bit ahead of the dogs when he saw the horses on either side of him slowly closing the gap between them.

The fox realised they were leading him into a field. He knew he couldn’t escape now and he knew the hunters wouldn’t be too kind to him once they got there.

The silver fox heard the barking receding just as the hunger became too much to bear. She crawled out of her den and headed out in search of food.

The red fox was in the field trying desperately to make it to the trees on the other side when the horses came out in front of him, blocking his path.

They began to make a circle around him, blocking his escape.

He turned in a circle, looking for any possible ways out. The dogs were being held by the hunters while the rest blocked him with their horses. One of the hunters was holding what looked like some odd-coloured stick. The fox spotted his chance when one of the horses was spooked by something in the woods and took a step back.

The fox took his opportunity and ran. The dogs were right behind him and were gaining fast when he was hit in the leg by something that made a loud bang. The fox tumbled to the ground, unable to stand on his injured leg.

He looked longingly into the woods as the dogs caught up with him and started tearing into his flesh as the horses rode closer.

The silver fox had heard the bang and despite her hunger and fear decided to go find out what had made it. She prowled closer to the edge of the tree line.

She heard the horses riding closer to whatever was being attacked by the dogs. One of the hunters dismounted and grabbed the bloodied carcass from the dogs and dragged it over to his horse before riding away with the dogs close behind.

The silver fox realised the corpse had been the fox she had fought earlier. She decided she had better stay away from the ghastly men in the future as she prowled off to find food, or die trying.

10 Motown magic broke racial barriers - but at a price