The Trials of Mariposa 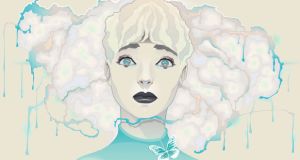 “A real butterfly comes into the room eventually. A beautiful colour, deep brown, like the eyes of someone I knew once.” Photograph: iStock 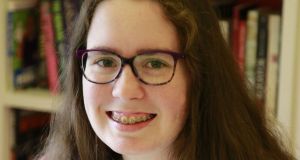 Here are three things you need to know about Keith Henderson.

Two. He is – was – no, is the kindest, most gentle person I have ever met.

That I ever will meet.

I would give the world if it would bring him back to me.

Here are some things you need to know about James Henderson. One: he is Keith’s cousin. Two: after Keith’s parents died, he became Keith’s guardian.

Three: on April 27th of this year, at around 8pm – nearly nine months ago now – he came home drunk. He assaulted Keith.

The newspaper’s words, not mine.

Another few things you should know about Keith Henderson.

One: at around 8.32pm on April 27th of this year, he died from severe internal bleeding.

It all came out afterwards.

The years upon years of abuse. The burns, the broken bones, the missing teeth. The way he was shoved down stairs.

The way he presented at an A&E at 13, with “suspicious fractures”. The nights he went hungry, beaten, starved. I never knew any of it.

How was I meant to know any of it? He never told me. He never wanted to tell me. I asked. Oh, I asked. I’d ask with a fear growing in my heart. I’d ask and he’d refuse until we were crying in each other’s arms.

“Please, Keith. I love you. I want to know what’s happening to you.”

He called me that, Mariposa. It was a beautiful nickname. I’d always press my head into his shoulder and giggle, because it used to embarrass me. Then I’d nearly choke on the smell of his aftershave, and pull away. God, he used to reek of it. I bought a can of the stuff, after he died. I sprayed a pillow with it, drenched it.

I hugged it all night, pretended it was him. I pretended I was crying because of the pungency.

I loved him. I adored him. I still do.

I know he loved me. I know he adored me. I could have asked him to do anything – anything – and he would have. Up there in heaven – does he still love me?

I sleep on the way.

The car goes to the back entrance. Safer that way. He’s there. Sitting in prison clothes, sitting at the table of the defence. I don’t look at him, because if I do I will break. I will shatter into a thousand pieces and they will never put me back together again.

I look at the necklace in my hands. A big blue butterfly, on a gold chain. Keith bought it for me, in another lifetime. If I close my eyes and wish, I can feel the warmth of his hands in the metal.

The prosecution asks me questions first. Then the defence.

And then a prolonged burst of coughing.

I cry. I cry, right there in court. The jury look at me, and some of them are crying too, and Keith’s other family that are here are in tears.

I was the one who found him. I called the ambulance. But I knew.

Kathy, I love you.

Court is adjourned. I find a bench, and I cry hard enough to hurt myself, choking on air, clawing at my arms.

Kathy I love you.

The newspapers said he was a “lovely, quiet boy”, whose death had “rocked the community”. They never said anything about his eyes, the funny shade of ancient-sunny-forest that they were. About how long his hair was, how sexy it was in a ponytail. About how he taught the kids in the park to do a perfect imitation of a birdcall.

At length, someone touches my shoulder. I look up.

“Honey,” she says, and she holds out a box. “We received his things after he died. I think he meant this for you.”

It’s small. It’s pink. It has my name on it. Inside the box, on velvet. A butterfly. It’s gorgeous. Made of ruby, it sparkles, even in the courthouse lights.

And beneath it, a quick note.

I love you, Mariposa.

I don’t cry, though. I have cried myself dry.

The woman touches my shoulder. “There are more things,” she says. “More things that belonged to him. If you ever wanted to take some of them.”

She smiles at me fondly. Then she goes back to the courtroom. I look at the ruby butterfly for a while.

A real butterfly comes into the room eventually. A beautiful colour, deep brown, like the eyes of someone I knew once.

It lands on my hand, then flutters away. Its tiny feet feel like a kiss goodbye. But not forever. Only for a little while.