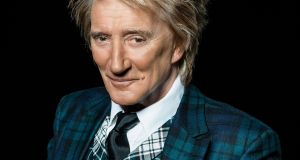 Cavan Arts Festival
Cavan, Co Cavan
The second iteration of the Cavan Arts Festival continues across the weekend with a wide range of events in various venues. In Con Smith Park, the music starts at 5pm, with a sequence of acts such as Blackbird & Crow, Nix Moon, Heroes in Hiding, and Bicurious. On May 19th, music acts performing from 7pm (also in Con Smith Park) include Gypsies on the Autobahn, The Jobseekerz, and Zaska. Arts-related workshops include Tiny Plays, Big Ideas with Rosemary Jenkinson. TCL

The Waterboys
Millennium Theatre, Derry
Also Monday 20th, Ulster Hall, Belfast
Fronted, headed and guided by (as they have always been) Mike Scott, TheWaterboys continue on their long-term journey of finding beauty in the shape of the whole of the moon. Or something like that. In truth, Scott has rarely lost sight of what he had when he first started the band more than 35 years ago, and that vision, that grip on output, steadfastly remains. Forthcoming album, Where the Action Is, comes highly recommended. The Waterboys’ next show in the Republic is Saturday, June 1st, Fever Pitch Festival, Galway. TCL

Limelight, Belfast
Also Tuesday 21st, Button Factory, Dublin
Celebrating just over 20 years as a head-wrecking, mind-melting psych-rock band, San Francisco’s Oh Sees (formally Thee Oh Sees, among several other soubriquets) have built up a reputation as a live band founded on living the music. Fronted by John Dwyer, the sole remaining original member, it is over the past ten years that the band has forged a relatable identity. Album titles give definite clues to the band’s modus operandi – from 2009’s Warm Slime to 2013’s Floating Coffin – but the acid test is the live experience. In other words: go see Oh Sees. The Dublin gig is sold out. TCL

LP
Olympia Theatre, Dublin
You’ll be forgiven if you don’t know that the initials LP belong to US singer and songwriter Laura Pergolizzi. Indeed, you’ll also be forgiven if the name itself means little to you, but Pergolizzi won’t mind at all, as she has, after all, achieved no small level of success co-writing hit songs for Rihanna, Cher, Backstreet Boys, Rita Ora, and Christina Aguilera (among others) while forging a fitful solo career. The latter, however, looks like it’s now full steam ahead, with her latest album, Heart to Mouth, really breaking her into the mainstream. No surprise, then, that this show is sold out. TCL

Less Than Jake
Cyprus Avenue, Cork
Floridian ska-punk band Less Than Jake are regular visitors to these shores. Hammering in a hard nostalgia for those of you who spent most of your teen years hanging around Temple Bar in Dublin or Paul Street in Cork, they possess a timeless appeal for fans. They’ve seen a few line up changes since their heyday and they haven’t released new music since 2017’s Sound the Alarm, but none of that matters if they make you feel like you’re 17 again. LB

Mariah Carey
3Arena, Dublin
The queen. The icon. The legend. The elusive chanteuse – known to some as Mimi but to the rest of the world as Mariah – is kicking off the European leg her Caution world tour in Dublin. Despite her Irish heritage, this will be the first time the Grammy-winning singer brings a tour to Ireland, making this concert the first and long-awaited Mariah experience for a large portion of her Irish lambily. MC fans are known as lambs and the collective name is lambily. The more you know, eh? LB

Westlife
The SSE Arena, Belfast
Also Thursday 23rd-Sunday 27th, The SSE, Belfast
This is it. Twenty years of Westlife and what do we get? A slew of concerts in Belfast, and later in Dublin, that makes it feel like they never left us. With 14 number ones and many top-ten hits to get through, this tour will be wedged with memories for all in the audience, so much so that they’ll barely have a moment to miss Brian McFadden, who left the group in 2004. LB

Gráinne Cotter
Grand Social, Dublin
Galway-based, Clare-raised, and Paris-influenced songwriter, singer and multi-instrumentalist Gráinne Cotter looks set to make 2019 the year of making friends and receiving airplay. We caught a short set of hers a few weeks ago, and walked away impressed with the established jazz/pop textures her band (and original songs) produced. Last year, she released her debut album, Tides, and this date – the final one on her pre-summer Irish tour – promotes her recently released single, Shadows. TCL

Walking On Cars
3Arena, Dublin
Celebrating the success of their second album Colours, which was released on April 12th through Virgin EMI, reaching number two on the Irish album charts, Dingle band Walking on Cars are on their way from smalltown band to headlining arena act. Working on music since 2010, they join the ranks of the Coronas and Picture This of Irish bands that have tapped into the psyche of the general public, gaining huge and ever-growing success at home but still trying to make it abroad. LB

Laura Elizabeth Hughes
Workman’s Club, Dublin
Dublin singer and songwriter Laura Elizabeth Hughes is one of the brightest sparks in the big sky of slowly emerging Irish artists, yet you sense it won’t be too long before her music filters out into wider, more open spaces. The music is a guitar/piano blend, and delivered softly but with steely determination. The particular beauty of the arrangements balances out the seriousness of Hughes’s lyrics, which can delve deeply – and wisely – into areas other songwriters can’t or won’t reach. There is humour, too, in the between-song commentary, so prepare for a highly recommended evening of reflection and smiles. TCL

Sorcha Richardson
Whelan’s, Dublin
Cyprus Avenue, Cork, May 26th
It is indeed a long way from taking guitar lessons and picking up drum sticks as a child to being a fully fledged (if still somewhat low-profile) singer-songwriter, but Sorcha Richardson is doing it no other way than her own. Moving to New York City at the age of 19 girded the loins, so to speak, and since then (a health scare notwithstanding) she has forged ahead with solo work, collaborations (recently with All Tvvins) and support slots. These shows are the launch gigs for her new single, Don’t Talk About It, which will be previewed alongside other songs from her forthcoming album. TCL

Maren Morris
The Academy, Dublin €24
Following on from the waves made by Taylor Swift and Kacey Musgraves, Maren Morris is the latest country act who’s wedging her way into the pop charts. The Nashville singer has recently collaborated with Niall Horan and commercial EDM producer Zedd, widening the reach of her name and her voice, but her second major label studio album, Girl, has enough moments on it to guarantee an impending superstar status. With Swift, Musgraves and now Morris, the era of Yeehaw is definitely upon us. LB

Spice Girls
Croke Park, Dublin €72 - €165
In the 1997 film Spice World, Victoria Beckham exclaimed “hold onto your knickers, girls!” and even though Posh Spice herself won’t be present on this tour, that’s exactly what Spice fans will have to do. Twenty-one years since their first world tour, which began in Dublin’s Point Depot on February 24th, 1998, three months before Geri Halliwell left the group, they’re coming to Croker to kick off their fourth tour ever. Let’s hope that history doesn’t repeat itself. LB

Jah Wobble & the Invaders of the Heart
Grand Social, Dublin
Once a key member of post-punk (for just how key, seek out 1978’s Public Image: First Issue and, also by Public Image, 1979’s Metal Box), John Wardle quickly left the fold to forge his own remarkable career as an advocate of free associative world-influenced music. He has wound his way through music like a worm through undergrowth – instinctively, determinedly – all the while keeping a low but much admired profile. He doesn’t play too often over here, but fans and music explorers know what to expect: the delivery of music to who knows where. TCL

Rod Stewart
Páirc Uí Chaoimh, Cork
The days of Rod Stewart being the lad most likely to charm might have drifted, but there will surely always be something about the old codger that will endear him to not just his avid fanbase. A regular visitor to Ireland (he’s back in December for indoor shows), Stewart may hawk his back catalogue on each visit, but when it’s liberally strewn with original pop/rock gems (including Maggie May, Mandolin Wind, You Wear it Well, I Was Only Joking, The Killing of Georgie) and a rake of well-handled covers (including Handbags and Gladrags, Sailing, The First Cut is the Deepest, Reason to Believe, Downtown Train) it’s only a moaner that would take issue. TCL