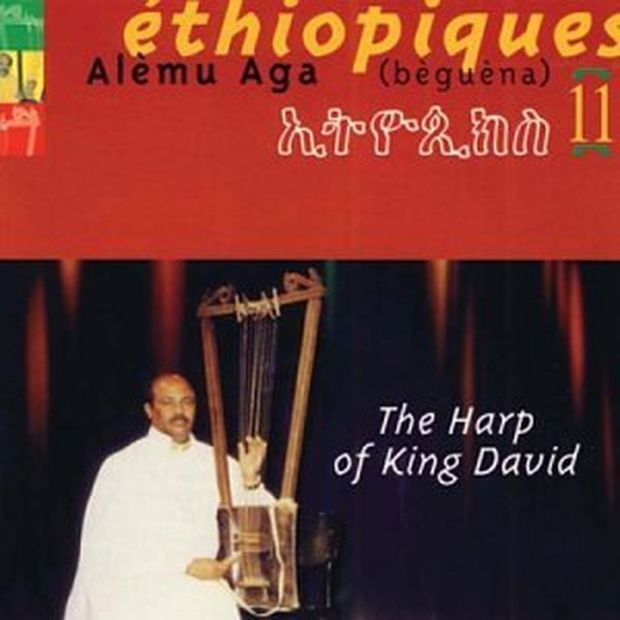 This is an unusual one by any stretch of even the most vivid imagination but bear with me. This music has roots as ancient as the depths of its magic. Noise levels are low on this one. There’s a quiet power at work here which could be just what the doctor ordered, depending on your needs. You never know.

On the face of it, there’s not a whole lot going on. It’s the sparse sound of a 10 stringed Ethiopian lyre-like instrument called a begena in combination with the deeply prayerful tones of Alemu Aga’s rich voice. But there’s more to it. The strings vibrate to create a fuzzy, almost electronic tone. The soul is laid bare in a very spiritual manner.

And there’s a tremendous warmth and sincerity to it. The vibrations buzz in perfect agreement with the soulful sentiment tangible in the voice. Everything is so calm and well calibrated. It’s gentle enough to be almost weightless.

Of course the vagaries of musical taste are such that it’s entirely impossible to predict how a person will react to a particular sound or song, but occasionally there’s a certain quality to something that makes you feel it’s only right to go out on a limb and vouch unreservedly for its merits. This is one of those times.

It wasn’t today nor yesterday that the combination of the begena and the human voice was noted for its curative powers. According to oral tradition, Menelik I brought the instrument to the region from Israel, where David played on it to soothe King Saul’s nerves and heal him of insomnia.

That was a while ago. Everything, and yet in this case, not much, has changed. The song remains the same. We don’t have to be kings or queens to listen to it. And we can take it with us wherever we want. It’s ours to wander with and within.

The ancient role it played in meditation and prayer is easy to understand. It’s devotional music yet it’s open and transportive. Strike it up and see the effect. The healing has begun.

Why am I singing an old Labi Siffre song into my iPad? It must be love

TV guide: 27 of the best shows to watch this week, beginning tonight

Mona Eltahawy: I’m serious about women fighting back. I want patriarchy to fear us

Denise Gough: ‘It’s only recently women get to play parts that usually go to boys’

Inside Ryanair: Michael O’Leary’s making of a ‘nicer’ airline