Moving the needle into a female groove

Aiming to strike a better gender balance at Irish clubs and festivals, Gash Collective are running free DJ workshops for women over the summer 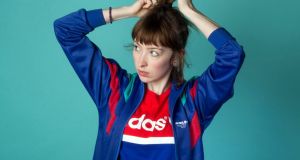 Gash Collective member Ellen King, aka ELLLL: “It’s a really good opportunity to just get stuck in, in a completely non-judgemental atmosphere”

The lack of women on festival line-ups is causing plenty of heated debate on social media, with those against the idea of equality responding with “women arent gud enuf!!!1!!!” or “women just aren’t into music”, except with more spelling mistakes.

This, we know, isn’t true and the Gash Collective, together with Smirnoff, are running free DJ and production skills workshops for women over the summer around the country. Here women can learn how to use software such as Ableton, equipment such as CDJs and turntables, and find out how to make beats that will make a crowd go pure mental. It’s all aimed at helping women break into an industry that can feel overwhelmingly male at times.

“You need to be more aware of the discrepancies that are in line ups at the moment, with gender and people of colour and everything else,” says Cork DJ, producer and Gash Collective member Ellen King, aka ELLLL. “They just keep booking the same top 10. I know it’s not intentional but I do think promoters need to be more aware. Especially if they’ve got a bit more money behind them, [and when promoting] the bigger concerts.”

Along with other Gash Collective members, Eve, Lolz, Marion Hawkes and Aoife Nic Canna, King will be leading these workshops, and she says they are a real chance for any woman over the age of 18 (there’s that drinks sponsorship for you) who previously felt like they could never make music.

“The main thing is that no experience is necessary, because I think a lot of people could feel really self-conscious about it and it is really about just having a go in an informal setting,” she says. “I think the big thing, especially with CDJs and decks, is they’re very expensive equipment and a lot of people don’t have access to them, unless they know someone who owns a bar or something.”

All of the equipment is provided on the day, including laptops and records, and whether you love house music or pop, the workshops are open to you.

“It’s a really good opportunity to just get stuck in, in a completely non-judgemental atmosphere,” King says, “where you can make loads of mistakes – nobody cares, totally fine – have a bit of fun, maybe make some friends out of it, maybe go away a little bit inspired to do your own thing, whatever that may be.”

One workshop has already taken place in Galway. The remained are in Catalyst Arts in Belfast on July 15th: the Wandesford Quay Gallery, Cork, on July 22nd, and the Tara Building, Dublin, on August 12th. See thisgreedypig.com/movetheneedle for details.