U2, Hozier and Cranberries bandmates lead praise for Limerick’s ‘voice of a generation’ 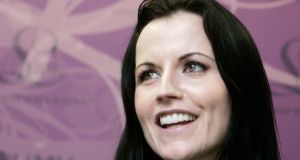 Dolores O’Riordan: Taoiseach Leo Varadkar led tributes in the Dáil on Tuesday to the musician and songwriter. Photograph: Reuters 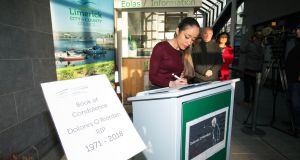 Members of the public sign a book of condolence for singer Dolores O’Riordan at the Limerick City and County Council offices in Limerick city on Tuesday. Photograph: Oisin McHugh/True Media 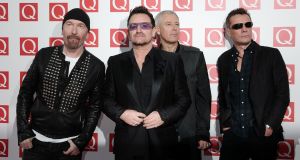 The Edge, Bono, Adam Clayton and Larry Mullen Jr of U2: “She had such strength of conviction yet she could speak to the fragility in all of us,” said the band. File photograph: Yui Mok/PA Wire 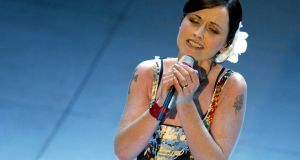 The death of Cranberries frontwoman Dolores O’Riordan is not being treated as suspicious, police in London have said.

Police were called to the Hilton Hotel in Park Lane on Monday morning, where it was later confirmed that the Irish singer (46) was pronounced dead.

No exact cause of death has yet been confirmed.

In a statement issued on Monday, London Metropolitan Police said the death was being treated as “unexplained”. However, the force has since confirmed the circumstances surrounding the death are not suspicious.

She is survived by her three children, Taylor Baxter, Molly Leigh and Dakota Rain. Details for the singer’s funeral have not been finalised.

Social media has been filled with tributes to the singer who fronted the Limerick-based band to international acclaim during the 1990s and early 2000s, before rejoining in 2009.

A post uploaded to the official U2 Instagram account on Tuesday morning and signed by band members Bono, The Edge, Adam Clayton and Larry Mullen, described O’Riordan as Limerick’s “bel canto” or beautiful singer.

We are devastated on the passing of our friend Dolores. She was an extraordinary talent and we feel very privileged to have been part of her life from 1989 when we started the Cranberries. The world has lost a true artist today.
Noel, Mike and Fergal

“The band are floored but it’s of course her family we’re all thinking of right now. Out of the West came this storm of a voice – she had such strength of conviction yet she could speak to the fragility in all of us,” it read.

Taoiseach Leo Varadkar led tributes in the Dáil on Tuesday to the musician and songwriter.

“For so many of us, especially those of us who grew up in the 1990s, she was the voice of a generation and no matter where you were in the world in recent times it wouldn’t take long before you heard a Cranberries song on the radio, even in the most far-flung places in the world,” he said.

“She blazed a trail across the world with her unique voice and also her talents in songwriting and our thoughts are with her, her family, her friends and people of Limerick in particular.”

Irish singer Hozier tweeted: “My first time hearing Dolores O’Riordan’s voice was unforgettable. It threw into question what a voice could sound like in that context of Rock. I’d never heard somebody use their instrument in that way. Shocked and saddened to hear of her passing, thoughts are with her family.”

She was also remembered by Adi Roche, chief executive of Chernobyl Children International, a charity for which O’Riordan helped to fundraise.

O’Riordan was born in Ballybricken, Co Limerick, in 1971, the youngest of seven children. She joined The Cranberries in Limerick in 1990.

Her distinctive voice helped fuel the Cranberries’ rapid rise in the early 1990s with global hits Linger, Dreams and Zombie. The band went on to sell over 40 million records to become Ireland’s second-best-selling rock band after U2.

Her three bandmates said on Monday they were devastated at the loss of an “extraordinary talent”.

The Cranberries shot to fame with their 1993 debut album Everybody Else Is Doing It, So Why Can’t We? after the hit song Linger was picked up by MTV.

O’ Riordan left the Cranberries in 2003 and recorded two solo albums, before the band reformed in 2009.

I came from India to Sligo, thrilled to be reciting Yeats along Lough Gill
2