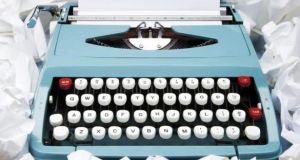 “Pre and post the banning of corporal punishment, we had ‘love your neighbour’ beaten into us.”

Who would have believed it before 2020 that the greatest threat to our health, even existence, is now each other? Yeah, you! Okay, me too. No matter that we were taught otherwise right through those first seven years after which every child has imprisoned the future adult.

Through school we were formed in our church-controlled education system where, each of us – you and I – were taught to love one another in the best possible way.

“Hold your hand out the there.” Slap! “Love your neighbour.” Slap! “As yourself.” Slap! Yes, pre and post the banning of corporal punishment, we had “love your neighbour” imprinted on us, sometimes with a passion that would leave the scourging of Jesus comparable to a massage by Copenhagen’s Little Mermaid.

In fairness, combined with our miserable history, it is probably why we are such a compassionate people. It is hardly accidental that the same school system produced such heroes of Africa as Bono and Bob Geldof.

Now we must forget all that because, suddenly, “Hell is other people”.

It’s a line from the play Huis Clos/ No Exit by French philosopher Jean- Paul Sartre. It is also known as In Camera. Spare us. We members of Dramsoc at then UCG, now NUIG, staged it. Terrific cast, awful play (an early reviewer in New York said it “should be seen whether you like it or not”. That worthy!)

Our director was popular, ingenious, irreverent, with a tendency towards the outrageous when annoyed. Instructions for the play demanded the placing of an object on stage symbolising . . . whatever you’re having yourself. There was great difficult sourcing said object, any object.

Meanwhile, rehearsals were continuously disrupted by a toddler whose parents lived close by. Loved by most she was a persistent distraction, to the director’s growing annoyance. Let’s call this natural-born- agent-of -chaos, Cinderella. Hell was Cinderella. Hell became Cinderella.

Surprisingly, our gentle director joked that we take Cinderella, suspend her by the toes from a height onstage, spray her, and voila (indeed!) wewould have our object/symbol of whatever it was.

We didn’t, of course, but had we done so it would probably have meant justified incarceration and possibly useful preparation for avoiding other people in these Covid-19 days. Yet another opportunity missed!