Record number of big Hollywood films had female directors in 2020 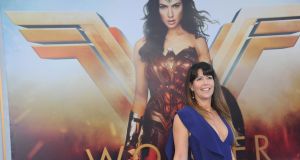 A record number of female directors took charge of major Hollywood films over the last 12 months, according to an annual gender study which found a “stunning imbalance” when it comes to other off-camera roles.

The yearly Celluloid Ceiling report by San Diego State University found that women accounted for 16 per cent of directors working on the 100 highest-grossing films in 2020, up from 12 per cent in 2019 and only 4 per cent in 2018.

Dr Martha Lauzen, the founder of San Diego State University’s Center for the Study of Women in Television and Film, which conducts the survey, said the increase in female directors helming major projects for two years in a row could show gender balance was finally improving.

“Even without the release of some of this year’s most anticipated big-budget films by women – including Chloé Zhao’s Eternals and Cate Shortland’s Black Widow – the percentage of women working as directors inched upward in 2020,” Lauzen said.

“The good news is that we’ve now seen two consecutive years of growth for women who direct. This breaks a recent historical pattern in which the numbers trend up one year and down the next. The bad news is that fully 80 per cent of top films still do not have a woman at the helm.”

Despite the improvement when it comes to directors, the study found that other off-camera roles were still dominated by men.

The study, which has been running for more than two decades, also attempted to account for the on-demand, digital audience boosted considerably by the Covid-19 pandemic’s stay-at-home orders. In this analysis, just under 10 per cent of directors were women, down from 16 per cent of the filmmakers on the top box office hits.

Despite the trimmed down release schedule because of the Covid-19 pandemic, which forced festivals to go digital and cinemas to shutter, female filmmakers such as Birds of Prey’s Cathy Yan and Wonder Woman 1984’s Patty Jenkins took charge of some of the year’s biggest releases.

This year’s Oscars race could see a female winner for best director in a category that has only produced five female nominees in its history.

Emerald Fennell (Promising Young Woman), Kelly Reichardt (First Cow), Zhao (Nomadland) and the first-time director Regina King (One Night In Miami) are all fancied as potentials this year and if one of them won they would become only the second woman to win the award after Kathryn Bigelow for the Hurt Locker in 2010.

Ahead of last year’s awards season, analysis by the Guardian found that the gender divide was still evident, especially when it came to films up for Oscar contention.

The Guardian found that Taron Egerton, Michael B Jordan and Adam Driver – three of the youngest actors who were fancied for the best actor Oscar last year – had never worked on a film directed by a woman.

The category’s frontrunner and eventual winner, Joaquin Phoenix, has only once worked with a female director during his 34-film career. – Guardian