Lord Sligo was a friend of Napoleon, father of 15 children and helped free Jamaica's slaves 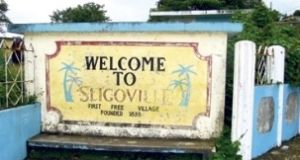 At the age of 21, Lord Sligo, from Westport House, inherited five titles in the peerage, a 200,000-acre estate in the west of Ireland and sugar plantations in Jamaica. His youth conformed to the popular image of a Regency Buck in the notorious world of the Prince Regent at Holland House, Brighton and Newmarket, from the gambling clubs, bawd houses and theatres of London, to the salons of Paris, in the company of such profligates as Thomas de Quincey, Lord Byron, John Cam Hobhouse and Scrope Davies.

A patron of artists, courtesans and bare knuckle fighters, he was a founder member of the Irish Turf Club. He excavated in Greece and located the columns to the Treasury of Atreus, now in the British Museum. He was a spy, sailor, friend of Napoleon and his family, prisoner in London’s notorious Newgate gaol, as well as the father of 15 children.

Sobered by his sojourn in gaol and by his marriage in 1816 to Catherine de Burgh, daughter of the Earl of Clanricarde, Sligo settled down to the responsibilities of his estate in the west of Ireland. A passionate advocate of Catholic Emancipation, multi-denominational education and legal reform, he tried to alleviate the desperate circumstances of his tenants, aggravated by a rapidly rising population and the “curse” of subdivision. He established a cotton factory in Westport in order, as he wrote, “to benefit this Country by introducing such manufactures into it as will give employment to the People…unless I do it to show the way nobody will follow.” He encouraged the development of kelp harvesting, fishing, trade and mining in the area.

As famine engulfed the west of Ireland in 1831 he imported cargos of grain and potatoes, built a hospital and dispensary to care for the sick and raised money for relief and additional public works. His efforts elicited the praise of Daniel O’Connell in the House of Commons: “I do not think, Sir, the landlords of Ireland ever did their duty towards their tenants. If they did what Lord Sligo is doing now, the country would not be reduced into a vast lazer house.”

On his appointment as governor general of Jamaica in 1834, Sligo’s improving endeavours were transferred across the Atlantic to take on the brutal system of slavery. In 1833 the British government had passed an Emancipation Act. The Act, however, did not give immediate freedom to the slaves, who merely became “apprenticed” to their masters for a further four years. Described as “slavery under another name” the controversial “apprenticeship system” which Sligo was appointed to implement was misunderstood by the slaves and resisted by the Jamaican Plantocracy and by powerful vested commercial interests in Britain.

As owner of two plantations on the island, inherited from his grandmother, Elizabeth Kelly, heiress of the chief justice of Jamaica, Denis Kelly from Galway, the planters expected Sligo to be on their side. His objective, however, as he informed them, to establish a social system “absolved forever from the reproach of Slavery” set them on a bitter collision course.

Sligo found the slavery personally abhorrent. From the flogging of field workers with cart whips, branding with hot iron, to whipping of female slaves, “the cruelties are past all idea,” he told the Jamaican assembly. “I call on you to put an end to conduct so repugnant to humanity.”

To counteract the worst excesses he maintained personal contact with 60 special magistrates appointed to oversee the implementation of the apprenticeship system in the 900 plantations throughout the island. Much to the derision of their masters he “gave a patient hearing to the poorest Negro which might carry his grievance to Government House”. He advocated the building of schools for the black population, two of which he built at his own cost on his property. He was the first plantation owner to initiate a wage system for black workers and later, after emancipation, to divide his lands into numerous farms to be leased to the former slaves.

The planter-dominated Assembly accused him of “interpreting the laws in favour of the negro” and, as Sligo noted, “set out to make Jamaica too hot to hold me”. They withdrew his salary and commenced a campaign of vilification against him in the Jamaican and British press which resulted in his removal from office in September 1836.

To the Negro population, however, Sligo was their champion and they presented him with a silver candelabrum bearing the inscription:

“In grateful remembrance they entertain of his unremitting efforts to relieve their suffering and to redress their wrongs during his just and enlightened administration of the Government of Jamaica.”

On his return, Sligo became an outspoken campaigner for full and immediate emancipation.

“It is treason in Jamaica to talk of a Negro as a freeman. The black and coloured population are viewed by the white inhabitants as little more than semi-human, for the most part a kind of intermediate race, possessing indeed the form of man, but none of his finer attributes.”

His anti-slavery pamphlet, Jamaica Under the Apprenticeship System, influenced the “Great Debate” on emancipation in the British parliament in February 1838. On March 22nd, 1838, being, as he noted, “well aware that it would put an end to the [SLAVERY]system,” he publicly announced in the House of Lords that, regardless of the outcome of the Government’s deliberations, he would free all apprentices on his own estates in Jamaica on August 1st, 1838, thereby leaving the government with no alternative but to implement full emancipation on the same date.

Sligo earned an honoured place in the history of Jamaica where he is acknowledged as “Champion of the Slaves”, and where the town of Sligoville, the first free slave village in the world, still bears his name.
The Great Leviathan: the Life of Howe Peter Browne, 2nd Marquess of Sligo by Anne Chambers is published by New Island. Patrick Skene Catling’s review will be published in The Irish Times on Decembner 23rd