Lowborn review: A novelist explores the nightmare of her childhood 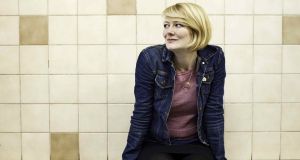 Kerry Hudson: “I escaped poverty, I escaped bad food, threadbare clothes and too-tight shoes. I escaped drinking or drugging myself into oblivion.”

Book Title:
Lowborn: Growing Up, Getting Away and Returning to Britain’s Poorest Towns

Kerry Hudson’s memoir Lowborn arrives at the appropriate moment. Class disparity in the arts is news, due in no small part to writers like Kit de Waal, whose anthology Common People confronts head-on the problem of modern literature as the preserve of the privileged. If the book lists are dominated by those who have inherited the financial means to pursue writing full-time, market and media will naturally reflect a bias towards genteel subject matter (the updated Victorian novel of manners) over working class stories. This is not just an inclusiveness issue: the last truly urgent and original literary movement to emerge from the UK was made up of outsider artists, Scottish pioneers like James Kelman, Janice Galloway, Irvine Welsh and Laura Hird.

Lowborn is what happens when a successful novelist goes about exploring the dysfunctional nightmare of her childhood. Hudson summarises her origins thus: 1 single mother; 2 stays in foster care; 9 primary schools; 1 sexual abuse child protection inquiry; 5 high schools; 2 sexual assaults; 1 rape; 2 abortions; My 18th birthday. Here the author plays gum-shoe, investigating her own case history, navigating the fog of amnesia, unreliable memory, and in some cases redacted official documents, to try and make sense of her past and shake off the feelings of worthlessness that have dogged her for decades.

One of the consequences of such an upbringing is imposter syndrome. Hudson sometimes writes like she’s a sleeper agent negotiating the comfortable world of writers’ conferences and festivals. At a university awards ceremony, a TV historian from a similarly humble background explains to her the concept of “soft power” – how to operate as a socially mobile networker in a world of secret cues and signifiers, an insider language that is never taught but must be absorbed if one is to negotiate polite society without the mask slipping.

It would be reductive to classify Lowborn as a misery memoir. Yes it’s a memoir, and yes there’s plenty of misery, but the book also paints a near-dystopian portrait of Brexit-age Britain, a country whose governors’ policies dehumanise and demoralise its poor (a minority that can barely be classed as a minority any more, given that it makes up roughly a fifth of the population). From Aberdeen to Canterbury, it’s a landscape of sink estates and council houses, of ice cream vendors selling drugs at school gates and shiny new Ukip offices. Sole traders try to breathe life back into their communities but are hamstrung by local government and prohibitive council rates. A resistance network of women’s shelters and homeless shelters and food banks and volunteer charity workers desperately try to stick Band-Aids on the wounds inflicted by Tory benefits cuts. This is a world where the working poor log twelve hour shifts on zero hour contracts and can barely fill their larders during holiday periods. Where terrified children tiptoe around alcoholic, unstable parents and step-parents, queue for free meals in school, get told off for not having the right PE kit, are bullied for having the wrong phone, and miss out on school trips because of the cost.

The reader doesn’t have to have experienced these ordeals to feel a rawness in the throat and a stone in the gut while reading this book. Hudson is one of the lucky ones – she got out. “I escaped poverty,” she writes. “I escaped bad food because that’s all you can afford. I escaped threadbare clothes and too-tight shoes. I escaped drinking or drugging myself into oblivion because... because. I probably escaped the early mortality rates and preventable diseases – we’ll see. I escaped obesity. I escaped the higher rate of domestic abuse... I escaped Jeremy Kyle in a shiny suit telling me my sort was scum. I escaped casual, grim violence fuelled by frustration and Special Brew. I escaped benefits queues and means assessments and shitty zero-hour contracts. I escaped homelessness.”

Lowborn is a powerful testimonial. I haven’t sensed such Clash-like outrage from a book since Barbara Ehrenreich’s Nickel & Dimed. Here’s hoping it gives others the courage to tell their version of this story, at high volume.

“What I experienced, even before the age of four, are the symptoms of a society that is structurally and systematically designed to further marginalise those who are struggling and those who are poor,” Hudson concludes. “These stories need to be told because society wishes to look in the other direction, because we do not want to think of the children a few streets away who have eaten shit food and not nearly enough of it, in a house where the heat isn’t on and they don’t own a single book, in threadbare clothes that are too small for them, being cared for by a parent who desperately requires help themselves.”
Peter Murphy is the author of the novels John the Revelator and Shall We Gather at the River. His story ‘The Downtown Queen’ appears in Being Various: New Irish Short Stories (Faber).