Sports clubs get smarter in their search for top management

Whether clubs recruit for survival or glory, they’ve been thinking harder about how to hire senior executives 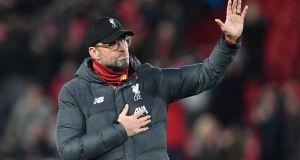 When Liverpool football club’s owner Fenway Sports Group identified Jürgen Klopp as the team’s potential manager, it compiled a 60-page report on him. In October 2015, executives interviewed him for several hours at a New York law firm. Today, Mr Klopp’s Liverpool side are reigning European champions.

It is a happy vignette from sports recruitment’s good old days. Now almost all sports leagues worldwide are in lockdown, and the hiring of head coaches and general managers (GMs, a post known in European soccer as “sports director”) has slowed too. Many sports clubs have no idea when their leagues will restart.

Mike Forde, executive chairman of New York-based Sportsology, a consulting group that has advised dozens of professional teams, predicts that if a long pause devastates sports’ finances, clubs will tend to give top jobs to internal hires with briefs to sell players and develop cheap youngsters. But whether clubs recruit for survival or glory, they have begun thinking harder in recent years about how to hire their most senior executives.

Admittedly, most sports recruiting remains more slapdash than Liverpool’s. Clubs traditionally hire from an old-boys’ network of white male ex-players. Any research is usually hasty. A club owner rings a man’s mobile and offers him the job, typically days after sacking the previous incumbent. “Formal recruitment procedures that are considered best practices in non-sport sectors are often ignored, or solely symbolic,” says Stefan Gröschl, an expert on leadership and diversity at Essec business school in France.

But recruitment has slowly professionalised. “The cost per decision has gone up,” explains Mr Forde. In basketball, for instance, a star player can now earn $200 million over five years. No wonder that newer club owners, often with backgrounds in finance, are asking: how to hire the people who hire the players?

Mr Forde, former director of football operations at English Premier League club Chelsea, cautions that head coaches and GMs have limited influence on teams’ results. “Want to be a great coach, get great players,” he says. Luck also plays an outsize role in sports. A mediocre coach can stumble into glory, while a brilliant one can be brought down by injuries and refereeing decisions. “We can’t guarantee success,” admits Mr Forde. Rather, the aim is: “Let’s be a smart business three years from now.”

Sports clubs have room to get smarter. Historically, they lacked sophisticated management structures. An autocratic head coach or GM would run the club almost alone, benefiting from the widespread belief that ex-players like himself possessed a “secret sauce” unavailable to outsiders. His offer to the owner, in Mr Forde’s phrasing, was typically: “Give me the keys, and I’ll screw your Ferrari around. I’ll maybe hit the kerb a few times, then I’ll give you the keys back, and you’ll thank me. You didn’t win anything but you had a nice journey.” The owner was expected to stump up funds without asking questions.

But now autocrats are fading out. “There’s thunderbolts still, with Pat Riley at the Miami Heat, aged 75,” says Mr Forde. “Gregg Popovich at the San Antonio Spurs. Bill Belichick [at the New England Patriots]. But I’d say less than five per cent of sports clubs are run by this iconic person.”

When autocrats leave, their knowledge usually departs with them, particularly as exit interviews remain rare in sport. The first time Mr Forde met Mr Popovich, the legendary basketball coach was sitting at a table covered with cards, each containing an on-field play described with Xs and Os. Mr Forde recalls: “He would say, ‘We’re playing Portland tonight. This is the scouting report.’ And he’d go through it and pick out these cards and put them in his pocket. He said to me, ‘What’s the deal? You want to codify all of this?’”

Manchester United, which has floundered since its longtime manager Sir Alex Ferguson retired in 2013, will recognise the problem. In books and speeches, Sir Alex has struggled to impart his managerial secrets. Perhaps he doesn’t quite know them himself.

Nowadays most owners exert tighter control over decision makers. The old “I played and you didn’t” argument rarely washes any more. Mr Forde advises GMs to engage in dialogue with owners, rather than pushing them away. He tells them: “If the owner is not talking to you, it’s not a good thing. It’s not that he doesn’t have questions. He’s just probably asking them of someone else. It might be his 12-year-old son, the limo driver, or a guy in a bagel shop. It might be an agent.”

A modern club leader plays well with others. Mo Bobat, performance director of the England and Wales Cricket Board, says: “I actually don’t want a coach that has a really strong coaching philosophy, because that suggests he has a fixed modus operandi, when it’s important that he can adapt to the player’s needs.”

The job of a club leader now is complex collaboration. Mr Forde tells prospective candidates for GM posts: “Your first slide, if you’re presenting to us, should be about what you’re not. Because if you’ve got self-awareness, you’re coachable, and more likely to be open to a different structure.”

Many sports organisations have broadened their talent pools. Mr Bobat is comfortable hiring coaches who haven’t played top-level cricket, as long as they are mixed with others who have. “You don’t need to have had a heart attack to be a heart surgeon,” he says. “Not having played at the highest level can be a strength.” He thinks outsiders can challenge sport’s conventions, and bring knowledge from elsewhere. “Much of what I learnt as coach came from my time as a teacher.”

Mr Forde cites last summer’s front-office recruitment by the Washington Wizards basketball team - consulted by Sportsology - as a case study of broad search. The Wizards hired Sashi Brown, a trained lawyer whose sporting experience had been in gridiron football; Daniel Medina, an expert in medical care who began at FC Barcelona; and John Thompson III, longtime head coach of Georgetown University, for his experience with high-school players, who can now directly join NBA franchises. The entire hiring process (including an internal hire as GM) took 126 days, while media and fans accused the team’s owner, Ted Leonsis, of procrastination. Mr Forde fielded anxious early-morning emails from Mr Leonsis. But taking 100 days to hire a GM is becoming common in the NBA.

Irrational hiring trends persist: an entire nationality of soccer coaches can suddenly come into fashion, while in the NFL, nearly two-thirds of newly appointed head coaches in the three seasons from 2014/15 had previously been first-time offensive co-ordinators.

Most candidates in sporting job interviews are still “underwhelming”, says Mr Forde. He warns owners: “You’re going to meet people that are not going to blow you away in this traditional market. You’re going to probably end up with a B. The real question is, has he got capability to be an A?”

But then, a “B” leader with excellent players plus luck can end up a champion.