During his tenure, Emirates became a global powerhouse and dealt with many challenges 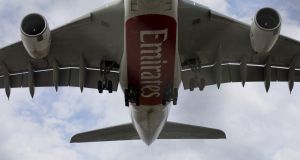 While Emirates has been profitable during the past three decades, it has had to navigate numerous external challenges.

Emirates Airline president Tim Clark plans to retire in June, ending more than three decades growing the Dubai carrier into the world’s biggest and transforming the aviation industry in the process.

The 70-year-old joined the state-owned airline as part of its founding executive team in 1985, taking the top job 18 years later.

During his tenure, Emirates became a global powerhouse by using its main hub of Dubai as a connecting point for long-haul travellers between Asia-Pacific, the US, Europe and Africa.

“Through wars, economic recessions, disasters natural or man-made, and various industry upheavals, Tim has ably steered and grown Emirates to its standing today,” chairman Sheikh Ahmed bin Saeed Al Maktoum said in an internal memo seen by Bloomberg. Clark will remain with the company in an advisory role, he said.

Clark has had to move with the times during his tenure. He had to fend off what he called a “gathering storm” of low-cost airlines encroaching on inter-continental routes that formed the backbone of Emirates’ model, as longer journeys became more viable for smaller aircraft.

To help counter that threat, the airline has strengthened ties with budget airliner Flydubai, also owned by the Dubai government.

An early fan of the Airbus SE’s jumbo A380 – of which Emirates was the biggest customer – he’s since had to oversee an overhaul of the fleet to reflect the end of production of the double-decker.

In September, he issued an uncharacteristic public rebuke of Airbus and main rival Boeing, saying he was running out of patience with delays and operational issues with new planes.

While Emirates has been profitable during the past three decades, Clark has had to navigate numerous external challenges from the aftermath of the 2001 terrorist attacks on the US to an oil-price crash from record highs in 2008.

More recently, an economic slowdown and geopolitical tensions stemming from trade wars have been high up the agenda, with Clark saying he expects demand for air travel to drop over the next two to three years amid a lack of clear signs of green shoots.